“Be insane—be divine!” the late Bill DiMichele sang to no one in particular. Taken with their city’s thriving Filipino community, the duo’s name roughly translates to San Francisco Kids, and evokes the creative energy that poured from the peninsula. Before the tech bro invasion, DiMichele and Eric Jensen plied their synth and sequencer trades to create a singular document of misunderstood minimal wave. Recorded in fits and starts over the course of 1985, the self-released, eight-song Batang Frisco LP appeared the following year in a simple black and white sleeve accompanied by a D.I.Y. lyric sheet. Or did it? Most of the pressing never left their apartments, escaping via mail order over the course of three decades. Remastered from the original analog tapes, Batang Frisco’s lone LP is an atmospheric electronic tribute to San Francisco’s once-vibrant underground.

Batang Frisco is a spiritual journey that begins in San Francisco's center of commerce where cheap magic is practiced and ends at the ocean, where magic is no longer necessary. This trip is a Gurdjieffian-Ouspensky inspired mono-myth that, when completed, will raise our level of consciousness and afford a new and true view of the world.

The songs, performed in a minimal synth style, serve to forward the chronicle. Each song lends its particular color to the story both lyrically and musically.

Following is a brief description of the songs, to be used as guideposts along the way.

Power: There is a complex relationship between the magician and the objects where he stores his magic. At first, the sorcerer's enthusiasm helps him to control his current of power and the city night. But as he or she continues to store the magic, and begins to use it for personal purposes, it begins to overwhelm him, and the energy of the city he wishes to rule swallows him whole. At this point he realizes that he needs to make a great change.

Care/Know: The magician has bonded with others of his interest, and they try to convince others that their way is the grandest to higher conscious, but no one cares. They only wish to retire to their comfort.

Sewing Machine: The sewing machine is a symbol for the female sex organs. It investigates the relationship of man and woman, and how sex can be used to accelerate our levels of consciousness.

Julie: Julie is my wife and companion, and a part of her great light is revealed here. She is a high level magician, with one foot on the day of creation and one foot in the present.

6th and Mission: A story about the center of homeless life. Their consciousness, dulled by alcohol and heroin, find places that are spectacular but worthless. I struggle with God to understand such a waste.

The Fourth Way: A dream journey across the sands of some desert, where arcane clues are collected and cataloged.

What is Your Intimate Name: It starts out furiously, and then becomes soft and quiet. A last doubt.

Myth: A story about both sides of the highest level of consciousness. The king deviates from the path and drowns, while the princess succeeds in her last task, and becomes one with the sea and everything. 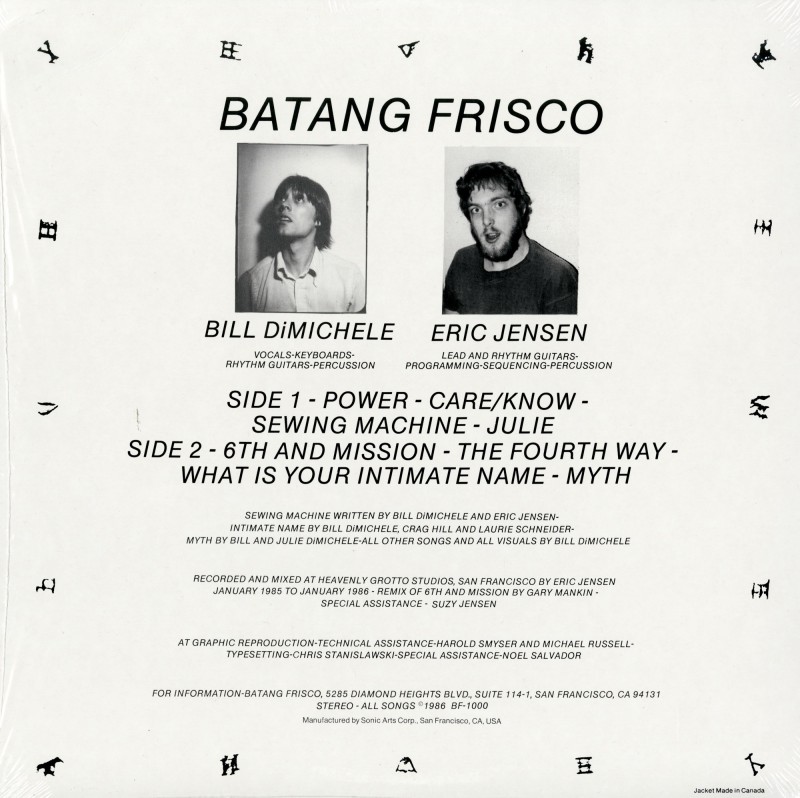