The nearly two dozen scraps that make up Clifton Dyson's discography are the only story he left behind following his death at the too-young age of 57. His first appearance on the D.C. scene came as a member of the Differences, who issued a lone 45 on the Mon'ca label in 1971. Both sides of the single were arranged by Eddie Drennon, who would ultimately introduce Dyson to Robert José Williams in 1974. Sessions commenced at db Sound shortly after, where the basics for his debut LP were laid down in short order. Without a name, Williams suggested Dyson's Faces, for the ever-evolving background players. The Faces on "Don't Worry About The Joneses" and "We're Two Fools In Love" included first tenor Michael Chandler, second tenor Gretta Kent, and baritone Walter Johnson. String arrangements were handled by Drennon, while the ever-present horns were worked out by Chuck Sayre. All other personnel remains unknown. 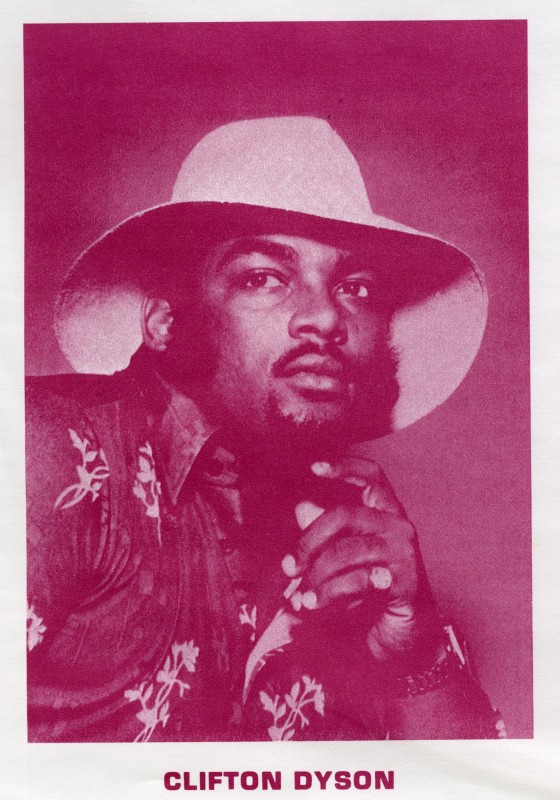 With session time to spare and a few hundred unused feet of reel, Williams tracked the Educators Band's "Everybody's Doing Their Thing," which would come out on bandleader Eric Richardson's label Dy-Rich, which he co-owned with Clifton Dyson. A handful of other Dyson records would follow on Dy-Rich, including the next incarnation of the group, Dyson's Faces & Hard Times. A reissue of his failed debut would follow in 1977 before Dy-Rich closed up shop. Dyson's career took him west briefly, with "Body In Motion" coming out on L.A.'s All American label in 1979 before being leased to Motown the following year. It's unclear whether he owned the QS label, but a few singles escaped on that brand between 1980–1983. In between, Slow Your Body Down would find a home on both After Hour Records and the Los Angeles–rooted Network label. Clifton Dyson's last appearance on wax would come via a duet with Rick Webb in 1988 on "I Can't Let You Go," released by the well-intentioned but falsely advertising Washington Hit Makers label.

Clifton Dyson would spend the CD-era in the non-secular world before passing away in 2004.