If the scene around Tommy Falcone (Cleopatra Records) was overflowing with odd characters living creatively, then Eugene Viscione was the oddest by far. The man was a supernova of strange ideas and he pursued them all simultaneously, the mad genius of New Jersey: he was a singing barber, a songwriter, a music producer, a record hop host, and a label owner in his own right; but also an author, a movie producer, a presence on local access TV, the founder of a dozen publishing companies, the owner of an extraordinary range of copyrights, and an inventor who created things like Extension Lips, Tickle Fingers, and Mad Charles. He was also one of Tommy Falcone’s best friends.

Viscione’s first career was as a barber, landing an afterschool job at a shop in Somerville, New Jersey, at the age of 13. His debuted his performance career shortly afterward on the stage of Somerville High School. “I started out with a smash my first big appearance,” he said. “I fell flat on the stage from a bicycle. I was supposed to come out singing ‘Daisy.’ But the girl with me must have weighed 200 pounds and we lost our balance and fell on the stage.”

Nothing so small as teenage embarrassment could deter him from all the ideas spilling out of his brain with increasing frequency. After graduating, he opened Geno’s Barber Shop in Finderne, New Jersey, and became known for serranading customers between snips. Inspired by a friend who gave him a Spanish guitar, he started writing songs in 1957, and organized a seven-piece band, the Encores, to perform his material in ’59. Only two months after “Wacky and Quacky” hit turntables, the Encores released the dreamy ballad “Love’s Encore” b/w “Fading Winds,” on Viscione’s own WGW label, followed in 1962 by the lovely “Rita My Teenage Bride,” which became a local hit. “He had a voice like Dean Martin,” said his daughter Lorraine Zdeb. “And when he went to get his record out there, it was like, well, I’m sorry, we already have a Dean Martin.” 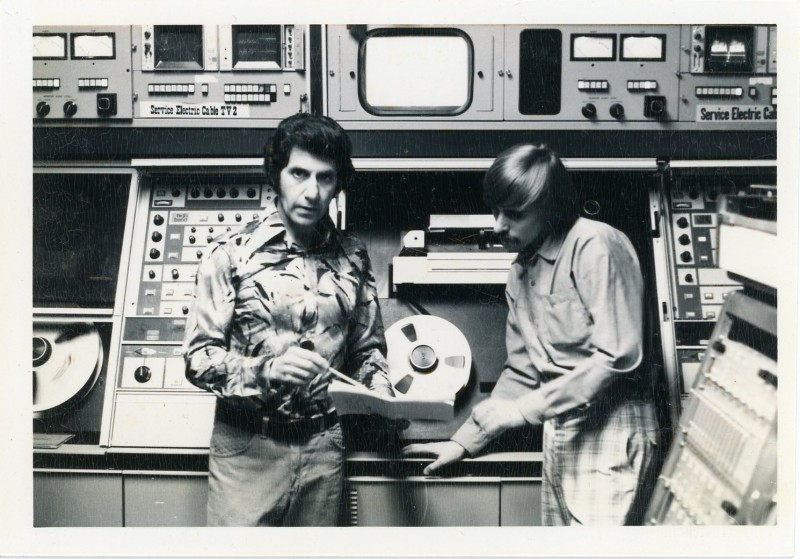 Viscione’s oddball interests collided at the Manville Rustic Mall, where he opened a new barber shop—with a recording studio in the back. “I wasn’t thrilled with how he cut our hair,” said Zdeb. “It looked like we had a bowl on our head.”

Working days as a barber and pursuing music at night, Viscione’s unusual gravity attracted a truly stupendous number of bands. As he wrote in his autobiography: “I produced over 500 groups and artists…. garage bands, doo-wop, folk, pop, Western, etc.” An extremely abridged list of groups includes the Contessas, the Werp’s, the Reminiscents, the Inn Crowd, the Apostles, the Time Masheen, Kar Simone, the Jagged Edge, and many more.

“Dad also became interested in filming and in producing movies,” said Zdeb. Copyrights exist for a film called Maggot Man and a 1980s holiday special featuring his songs “Christmas Feelings” and “Hubert, the Fat Elf,” among many others. “He always used family [in the films], because it was only family and close friends that would do this stuff for him,” said Zdeb. 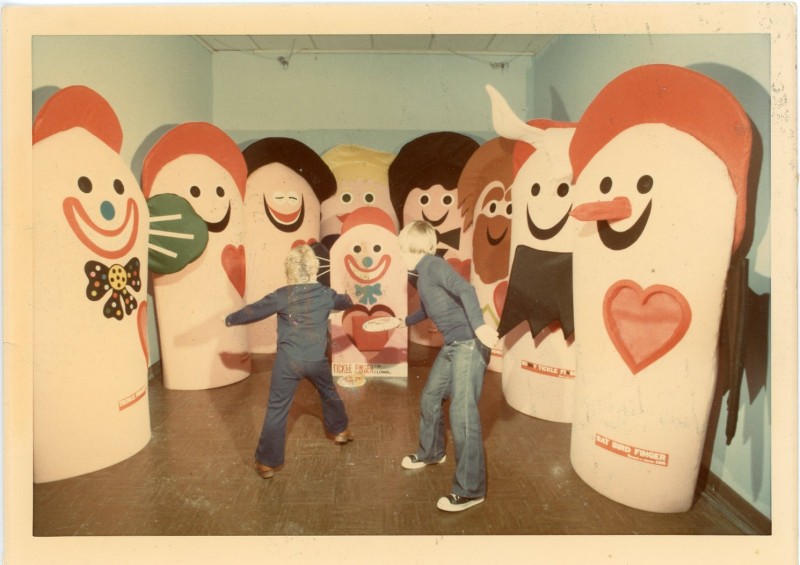 Everything around Viscione seemed to multiply into unnavigable labyrinths, hundred of bands, many different labels—including E.V., Viscione Records, and others—and a half-dozen companies. “Each project that he had, he started a new publishing company for,” said Zdeb. Unfortunately, this tangled multitude of projects meant that no single endeavor earned his undivided focus. The only thing that came close was patent 3,804,406—the robot. 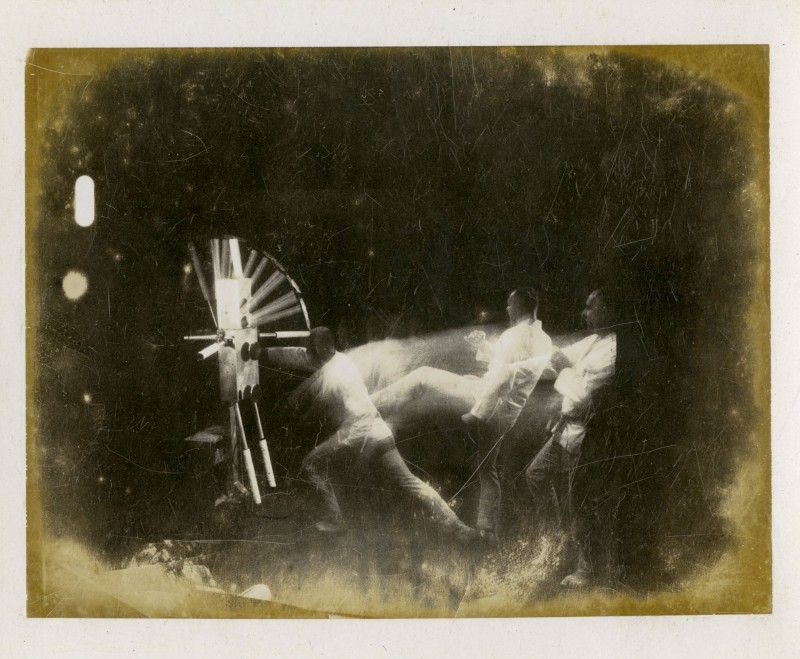