Sally Colahan’s Cosmic American dream was shattered. A Topeka radio mishap took the 18-year-old’s first 45 single off the air. A rejected Sally gave up her dreams of country stardom and her lone 1980 release disappeared into the ether.

“I started playing the guitar at the age of 13 because I had a crush on the guitar player at church. I taught myself and began to write songs way back then. My mom's music was the old country - Glen Campbell, Marty Robbins, Sonny James, Lynn Anderson, and Loretta Lynn. I wanted to be just like them, but I didn't know how to go about it,” Sally said. 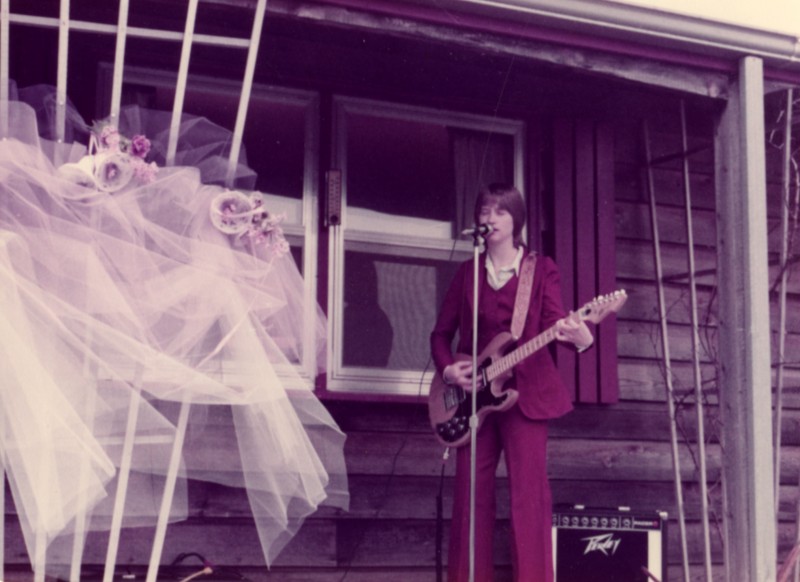 Sally decided to write a song for Marty Robbins, but without any connections, she ended up recorded it herself. Her brother and sister accompanied her to the Mars Recording Studios in Topeka to record “Framed”, a song about waking up in jail. The Marty Robbins version never came to be.

During their studio session the Colahan siblings also recorded “I Never Believed”, a ballad reminiscent of the church hymns of their youth. Although Sally would leave music after the local radio blunder, she returned to writing music in her late 20s through the worship team at her church. Sally now lives in Texas and continues to write songs for the church, and her husband.