After years singing country and gospel tunes on the family ranch in the Verde Valley, in 1960 Arizona singer-guitarist Alvie Self recorded a rockabilly banger. “Let’s Go Wild” has been praised for its raucous spirit, peculiar production quality and edgy lyrics, which spoke of making out at the drive-in theater and losing your mind to music. “I loved Buddy Holly and Ritchie Valens,” Self said. “I noticed the way people danced and reacted to it, and got this idea to go wild and dance to rock n’ roll.”

“Let’s Go Wild,” and a handful of ballads and gospel tunes, were in the can when 22-year-old Self headed south on I-17 to Phoenix to meet Don Bennett. “He had a reel-to-reel recorder in his mother and dad’s house,” Self remembered. Bennett was a local who played with guitarist Al Casey and others in country outfit The Sunset Riders. In the late 50s Bennett co-wrote the song “Hey Little Freshman”, recorded by Phoenix singer Ted Newman in 1958, and covered by Jan & Dean in 1964. After the song became a modest hit, Bennet sunk his composer royalties into an Ampex recorder. 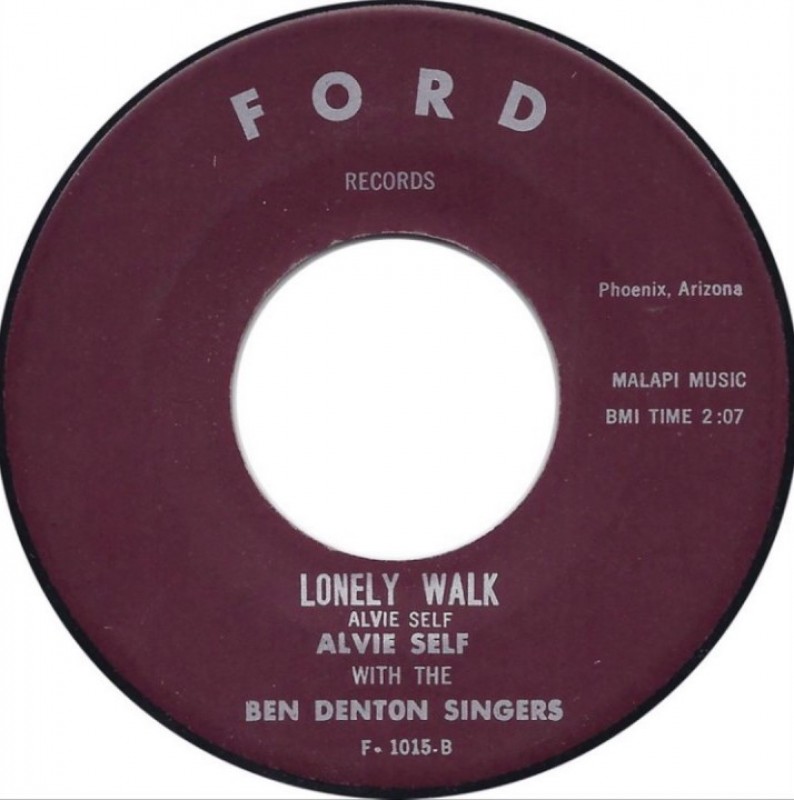 There were two studios in Phoenix in 1960. Ramsey’s changed its name to Audio Recorders of Phoenix in 1958, and became the hotspot for rising musicians like Duane Eddy to record without having to haul six hours west to Los Angeles. After being introduced to the studio by local disc jockey Lee Hazlewood, Eddy cut his enduring 1958 hit “Rebel Rouser” there using the infamous 2,100-gallon water tank echo sourced by Hazlewood.

The VIV studio opened down the street that same year. It’s where Self recorded for the very first time, with his song “Rain Dance,” a private exotica paradise, released on the local Ford label. VIV lasted about two years before moving into a garage—the rumored origin of the term “garage rock.”

After rehearsing at Bennett’s place, Self headed to Audio Recorders with members of Duane Eddy’s band to track “Let’s Go Wild,” “Nancy,” “Young Singer,” “I See Your Love,” “Lonely Walk,” “Walking in the Spirit,” and “Jesus Made the Greatest Chance,” the near entirety of his 1960s oeuvre. “I went right in there and, bang!, very few of them we had to take more than twice,” Self recalled. “I think we did ‘Young Singer’ on the first take, and then he added the singers afterward.” The soprano backing vocals heard on many of Self’s tunes were orchestrated by Bennett, and culled from local singers who’d come through the studio looking to cut a hit. “There were a lot of people coming to that studio to record, and I mean lots of ‘em, women and men both,” Self said. “And they weren’t charging much of anything. It gave locals the opportunity to do something, and Bennett the chance to meet all these singers and artists.”

“Let’s Go Wild” b/w “Nancy,” released in 1960 on Bennett’s Don Ray label, received airplay nationwide. Copies of the single were distributed as far as Buffalo, New York. Dick Clark even played “Nancy” on American Bandstand. Energized by the momentum, Self moved to Phoenix around 1965 and stuck around into the early 70s, operating road graders and dump trucks by day and performing in the area on weekends. “I toured a little bit, but I couldn’t get it over the hill,” he said. After moving to Hollywood and recording a few country singles for Accent Records in the mid-70s, Self returned to the Verde Valley where he lives today. At age 80, he continues to perform for tourists at the M Diamond Ranch in Sedona. “I’ve gotten to play for people from all over the world since I’ve been out there,” he said. “It’s been a real blessing and great opportunity.”