Tucked away in St. Anne’s Court in London’s Soho district, Trident Studios was the site of countless classic recording sessions in the late 1960s and early 1970s. In order to make use of Trident’s Ampex eight-track machine, the Beatles dropped in during the summer of 1968 to lay down “Hey Jude.” David Bowie recorded a god-like run of LPs here, starting with 1969’s Space Oddity and ending with 1973’s Alladin Sane (he also produced Lou Reed’s breakthrough, Transformer, at Trident). T-Rex, Elton John, Queen, the Bee Gees, the Rolling Stones — they all took advantage of studio’s artist-friendly vibes and state-of-the-art gear, walking away with some of their most iconic records. There must’ve been a little bit of magic within Trident’s walls.

Of course, not every songwriter who passed through Trident’s doors went on to become a household name. But even those not destined for superstardom benefited from their time at the studio. Songs of David Lewis is a prime example. Released in 1970 in a pressing of just 500 copies, it’s a record that only a small number of collectors know. But it’s a deeply affecting private press gem well worth discovering — and it’s just now making its official digital debut via Numero. There’s magic in here, too. 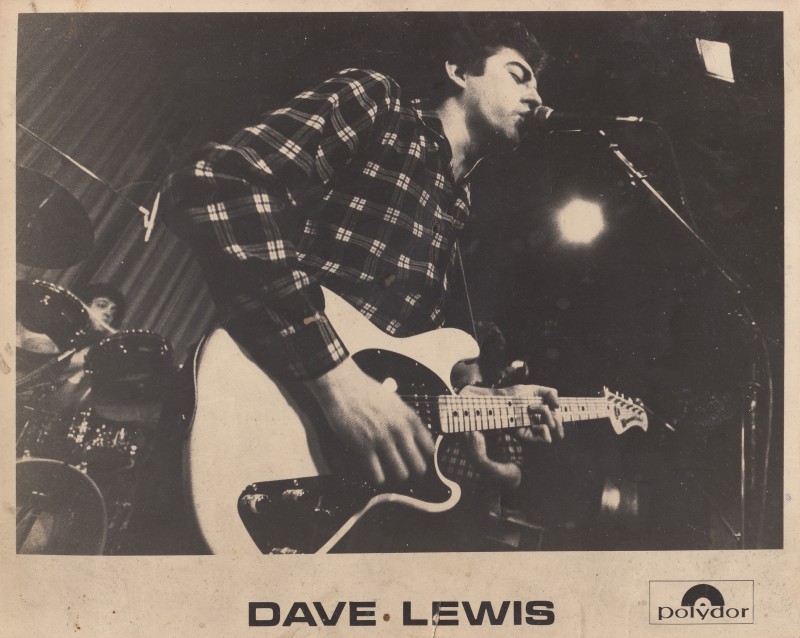 Born and raised in Belfast, David Llewellyn Lewis was still a teenager when he ventured into Trident Studios in 1969. But despite his youth, he was very much a veteran. The definition of a child prodigy, he was a gigging musician by the time he was 12. At 16, the prodigiously talented kid joined the Belfast freakbeat group The Method, at first as guitarist but soon moving centerstage as lead vocalist. The band was a regular headliner at the famed R&B club at the Maritime Hotel in Belfast’s College Square North, where a young Van Morrison and Them had first come to prominence. Like Morrison, however, Lewis had his sights set on broader horizons, bigger sounds. 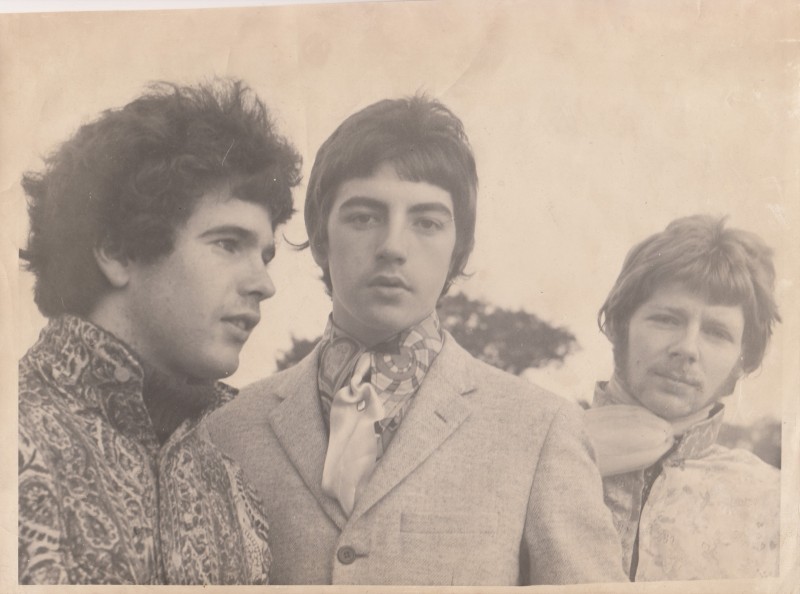 Rechristening themselves Andwella’s Dream, the band (now a trio consisting of Lewis, bassist Nigel Smith and drummer Wilgar Campbell (later replaced by Gordon Barton)) crossed the Irish Sea one last time and arrived in fully swinging London in 1968. The group fell in with AMP (Artists Musical Productions), a management group headed up by Andrew Cameron Mitchell, who quickly secured a deal for Andwella’s Dream (a name later shortened to simply Andwella) with CBS under Mitchell’s own Reflection imprint.

“Reflection was like a production company, more than anything” Lewis said. “They’d get the artists, stick up the money and then sell the results to the major labels. I was only 18 at the time, so I don’t remember the ins-and-outs of the deal. We were just interested in getting the music out there. Not sure if I got paid for anything. I’m still waiting!” he laughed.

Lewis was ready for his big shot—and then some. Armed with an ever-growing songbook of bewitching Lewis originals, Andwella’s Dream recorded the ambitious psychedelic extravaganza Love and Poetry in early 1969. Produced by Rocky Shahan and featuring contributions from avant-garde jazz multi-instrumentalist Bob Downes, Love and Poetry is a startlingly self-assured debut, showcasing Lewis’ virtuosic six-string skills, soulful vocals and visionary songwriting. It’s a record that’s bursting at the seams with imagination and inventiveness. Lewis already sounds like a star here, whether taking soaring, Cream-worthy solos, musing mystically, Moody Blues-style, over a bed of acoustic guitars and drifting keyboards, or choogling mightily like peak-period Terry Reid. To hear Love and Poetry for the first time is to wonder why you haven’t been hearing it all your life. The technicolor cover art is aces, too. But CBS dropped the ball, barely distributing the record; Love and Poetry has been consigned to cult favorite status for decades. 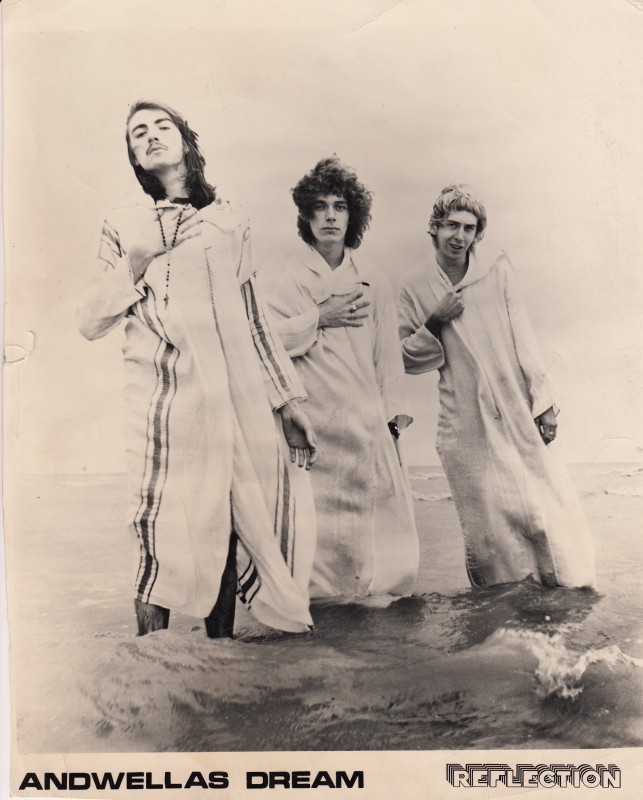 The obscurity of Andwella’s Dream’s debut is nothing compared to “Songs of David Lewis”, however. The record is an essential bit of unheralded singer-songwriter genius, showing off Lewis’ gifts as a singer, lyricist and melody maker. It may not have resulted in a flurry of covers in the early 1970s, but hey, it’s not too late. These songs feel like sturdy ships, beloved standards from a parallel universe.

“It wasn’t really meant to be an album,” Lewis says. “We just had a little studio time left over after we recorded World’s End [Andwella’s second LP]. I thought I was just putting songs down for the publishing company, so that we could get some covers out. And then I don’t know quite how it happened, but there were 500 copies pressed. We’ve got an original one here. I wish I had a box full of them! But at the time, it was really just a promotional item to get some covers. Now, after all these years, it’s become a collectible of some kind.”

“Songs of David Lewis” kicks off with the lovelorn piano ballad “You Don’t Know.” Again, it’s worth restating that Lewis wasn’t yet 20 when he wrote and recorded this — he sounds like a seasoned pro, his phrasing distinct and precise, his gospel-tinged keyboard work patient and steady. 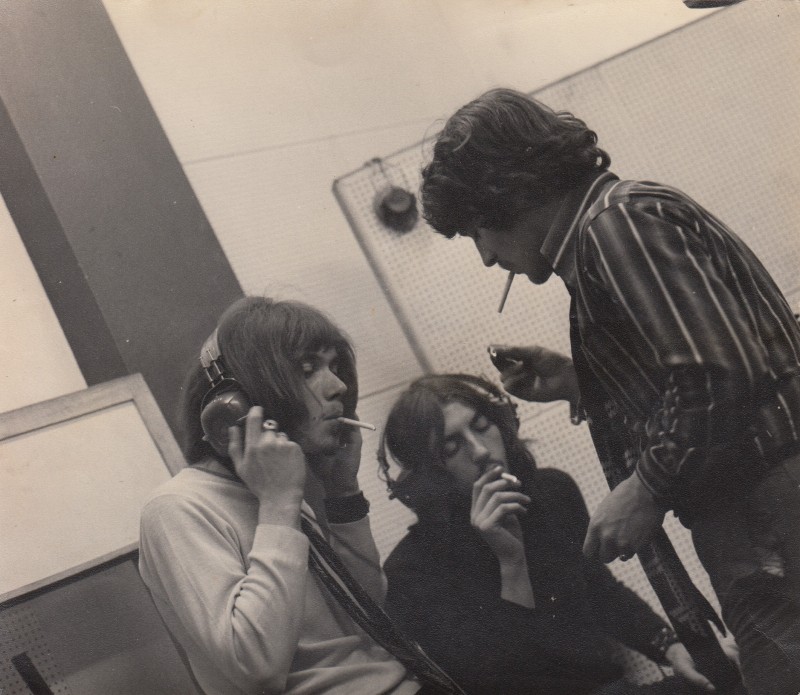 “Those songs, more than anything else, the main influence was a guy called Bobby Scott,” Lewis reveals. “Bobby was involved with Reflection for a while and he really took me under his wing. Every time we came to London, he would take me out. He was a great piano player and songwriter — he wrote ‘Taste of Honey’ and ‘He Ain’t Heavy, He’s My Brother.’ I had never met anyone like him before – just an extraordinary character and an amazing musician. Most of the songs [on “Songs of David Lewis”] came from Bobby in some way. I just sort of absorbed him and those songs came out.”

The icing on the cake of “You Don’t Know’” is the deliciously dreamy reverb on Lewis’ voice, supplied by Trident engineer Robin Geoffrey Cable, whose name would later appear on records by Queen, Elton John, Jorge Ben and Harry Nilsson. “On A Day Like Today,” meanwhile, is a perfectly Bacharach-ian reverie, a breezy Bossa Nova groove complementing Lewis’ mellow vocals. This one could’ve easily been turned into an AM Gold-style smash. Lewis calls it “a more light-hearted song — though I could’ve sung it a bit more light-hearted!” 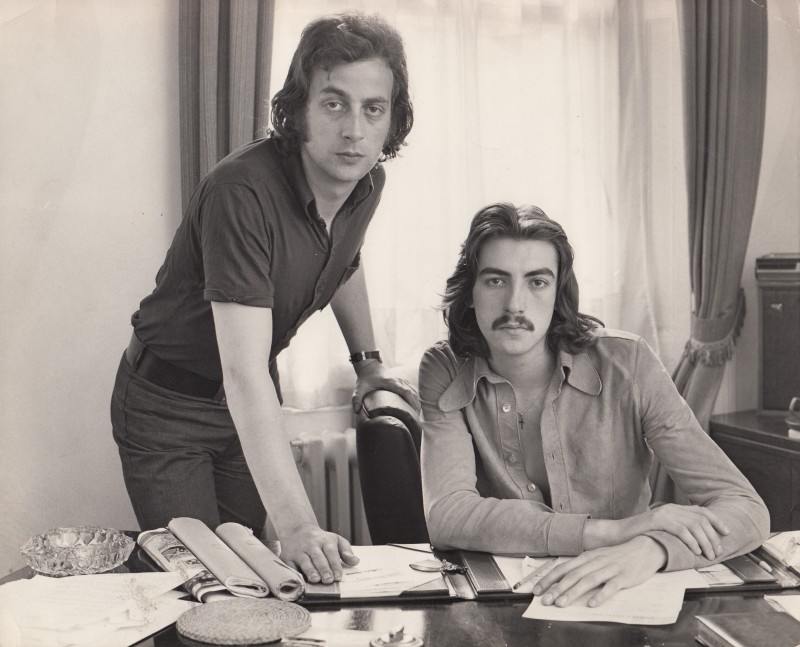 There’s a touch of world weariness creeping into Lewis’ songs here, perhaps reflective of early industry disappointments and general homesickness. “Got a heavy load strapped across my back and my feet are really hurt in the sole,” he sings in “Such A Long Way To Go.” “I’ve got an aching thirst but what worse is the thought that I’ve got such a long, long way to go.” “Man Without A Name” (which also showed up in different form on Love and Poetry) opens with despair and loneliness. “Yesterday, I was a young man, with a future hemmed with gold / And today, I’m just a soldier with no home to call my own.” But these dark moods are balanced by the pure joyousness of the music. “Such A Long Way To Go” has an ascending/uplifting chord progression and soaring melody. “Man Without A Name” sounds positively righteous, all chiming guitars and buoyant rhythms. “Songs of David Lewis” isn’t all innocence, but it’s not all experience either.

“It’s me—but it’s not me,” Lewis says. “I can just listen to it now. I don’t try to get inside it and think about what I wish I’d have done. Hearing it now, I think I wasn’t the happiest of people. I was from Belfast, you know, which was a different world altogether. But still, I loved living in London. It was just on the eve of the Troubles breaking out in Northern Ireland, so we left right before that. But it was in the air there. In London, there was a great sense of freedom and interesting people. I didn’t want to go back once I got a taste of London.” 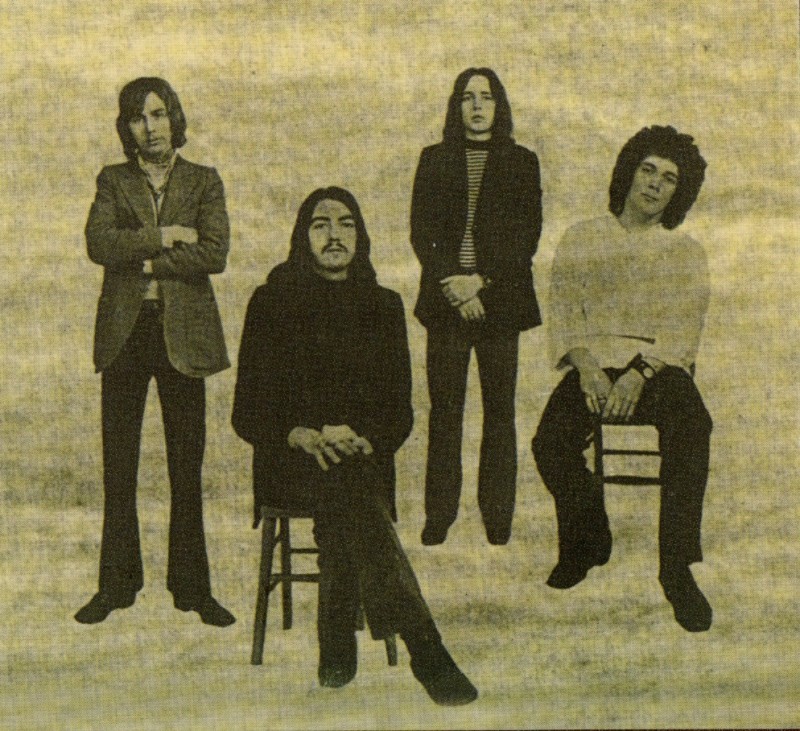 The underlying message of Lewis’ work seems to be the restorative power of human connection and music. Love and poetry, in other words. Lewis may not have broken his way into the mainstream like some of those other players who haunted Trident Studios back in the day. But for anyone who cares to listen, he’s got a lot to give. You didn’t know, but now you do.

“I feel very honored, very blessed that people are getting into music I did back then,” Lewis says. “It’s very special for me. It makes me feel that it wasn’t all in vain. That people are still finding this music and getting something out of it—it’s like, ‘Wow! Hallelujah!’” 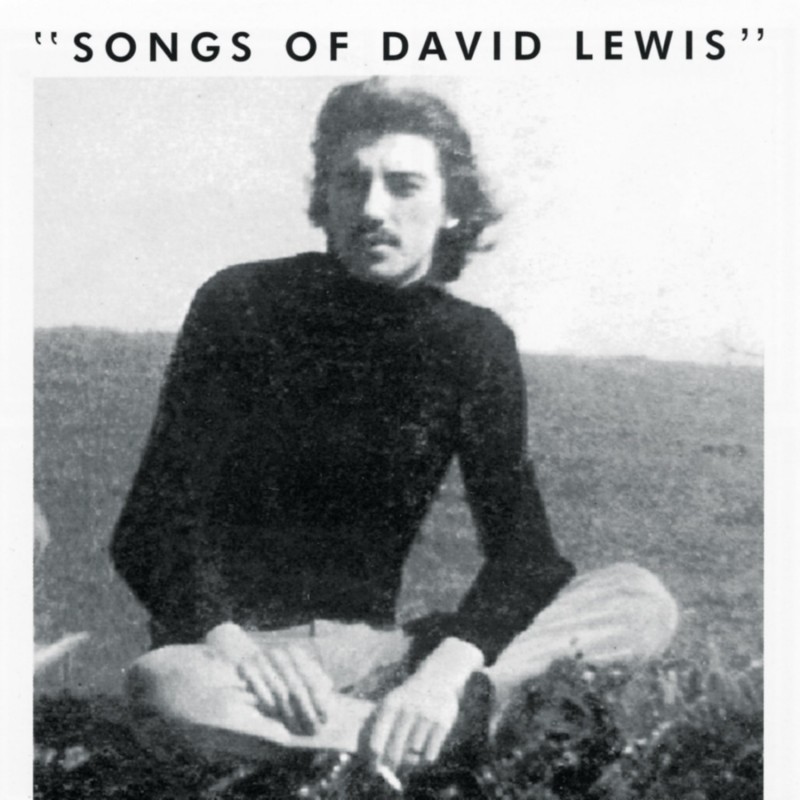