In 1986 Belgian synth-pop trio Elisa Waut scored a regional hit with “Four Times More.” The tune was de rigueur in the pop landscape occupied by The Pretenders, Fleetwood Mac, and Blondie, palpitating synth and drum machine, and buyant basslines, flecked with shards of electric guitar. Like those popular American acts, the band was similarly comprised of skinny-tie wonks eclipsed by a magnetic frontwoman. Like Debbie Harry and Chrissie Hynde before her, Elsje Helewaut’s haunted singing injected gravity among the pop-oriented instrumentation, providing a sonic anchor and visual focal point.

Long before she lip synced “Four Times More” on Belgian television, Helewaut and her brother Hans were focused on a darker sound. Inspired by Joy Division and Bauhaus, experimentalists Throbbing Gristle and Cabaret Voltaire, and French superstars Jaqeus Brel, Edith Piaf, and Serge Gainsbourg, in 1982 the pair self-released an eight-song self-titled cassette of brooding, minimalist canticles recounting tales of isolation, death, dreams and communism, alternately mythical and nightmarish in tone and style. “It was really a D.I.Y. project, in a time were there were no home computers or sequencers around,” said Hans, who played bass, guitar and keyboards on the demo. “Synthesizers were still very expensive, so I used cheap toy organs and very simple synths like the Roland SH 09, Korg micro preset and MS 20.”

Elsje was shy and introspective for much of her childhood, enamored with singing and poetry as a teenager. During summer breaks from school she hid away with the radio at her parent’s home in Bruges, the capital of the Flemish Region of Belgium on the western coast. Pirate station Radio Caroline was a particular favorite. “It was a forbidden radio station on a boat that played Barclay James Harvest, Black Sabbath, Sparks, The Doors, The Carpenters, The Zombies and so many more,” she remembered. “I sat on a swing in the garden and sang for hours and hours.”

Hans was outgoing and athletic, a mirror image of Elsje three years her junior. He began playing mandolin at age five, and took up saxophone as a jazz-obsessed teenager. After both were booted from a nascent local new wave band, they formed the cold wave act Elisa Waut when Elsje was 20 and Hans was 17. They finished their first song a few days later. “Unrath,” inspired by Marlene Dietrich’s performance in the 1930 german tragicomedy The Blue Angel, is an icy march sung in German and English, repetitive keyboard strokes mirroing a simple drum beat. “My English is better than my German / So I say this straight,” Elsje proclaimed before switching languages. 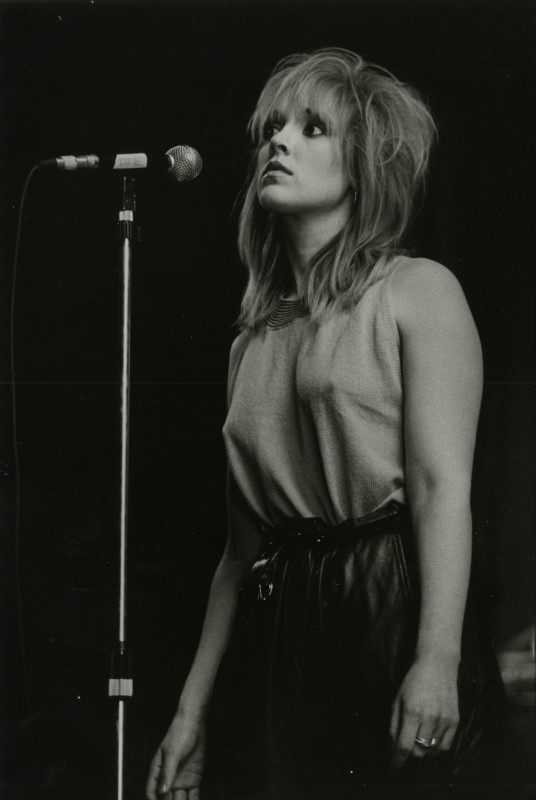 Belgium is a nerve center of the multi-lingual European experience. Dutch is native in Bruges, where Hans and Elsje were born and raised. French is spoken in the southern region, and German in the east. But the siblings’ love of British and American music made English a priority. “I grew up with English music and watching BBC and ITV television,” Elsje said. “I think and dream in English. French is my second native language, and I can speak it well. My German is not good at all, although I understand it.” On the self-titled demo, she sings in all three.

As resident multi-instrumentalist, Hans first overdubbed the bass, guitar and synths in a DIY daisy chain between two cassette decks. He procured a Tascam Portastudio 244 four-track recorder later in 1982. “I didn’t have a clue what my sister wanted, so the ideas I put down where very simple,” he said. “Elsje took them as they were, and put the melody and lyrics to it.”

In 1983 Red Zebra member Chery Derycke contacted Hans and Elsje after hearing the demo through a mutual friend. He soon became the band’s bassist. “It clicked! Chery began organizing concerts for us,” Elsje explained. The next year he entered Elisa Waut in HUMO magazine’s annual battle of the bands “To our total and utter surprise, we won!,” she added. The contest held by the Flemish region’s premier arts and entertainment rag proved a confidence and visbility boost. Chery dubbed 250 copies of the self-titled demo to hand out to regional A&R suits, completing them with hand-screened j-cards in silver ink. 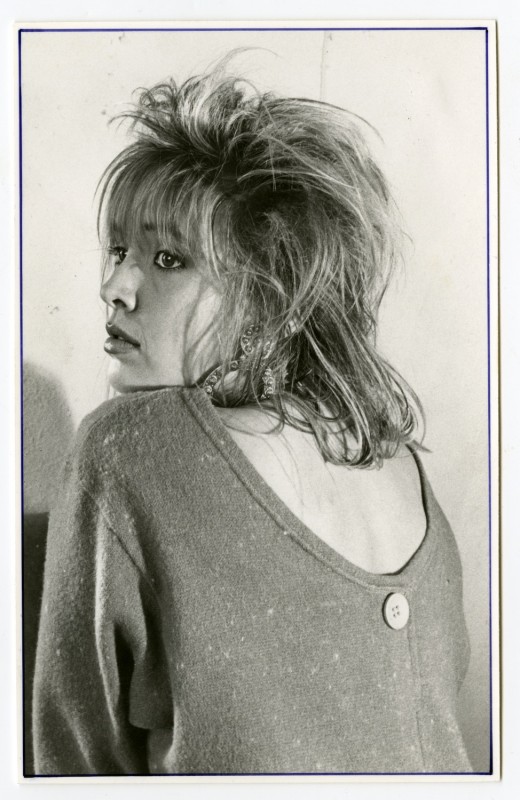 The band’s 1985 mini album, also self-titled, ushered the band to Dutch and Belgian radio. It was recorded for the Dutch Megadisc label, founded by the Amsterdam record store Boudisque who immediately upstreamed it to the German monolith Ariola. Their next record for Megadisc, Commendia, which features “Four Times More,” became a minor hit in France, Germany and, as the story often goes, Japan. “We always followed our artistic longings,” Elsje said. “We didn’t think commercially at all.” This proved problematic when a new head of the Belgium market for Ariola took over. “The new director was very nice, but he didn’t understand our music, which made it difficult for us,” she reflected.

After four albums for Megadisc/Ariola, the trio self-released two more albums in the ’90s, and called it quits by the new millennium. Today, Elisa Waut’s self-titled demo, featuring “Russia,” endures as a fitting time capsule in the story of Belgian cold wave, an important footnote in 1980s European counterculture. “The fact that the music is low-fi, simple, and minimalistic reflects a youth culture that wanted something new and different,” Hans said. “Ambition really wasn’t part of the plan.”