Perhaps best known as the musical director Tennessee Ernie Ford or Burt Tillstrom’s “Kukla, Fran and Ollie” television program, Jack Fascinato was also a top secret space-age bachelor. Though he cut only three albums under his name, all are mid-century hi-fi fever dreams etched into wax. 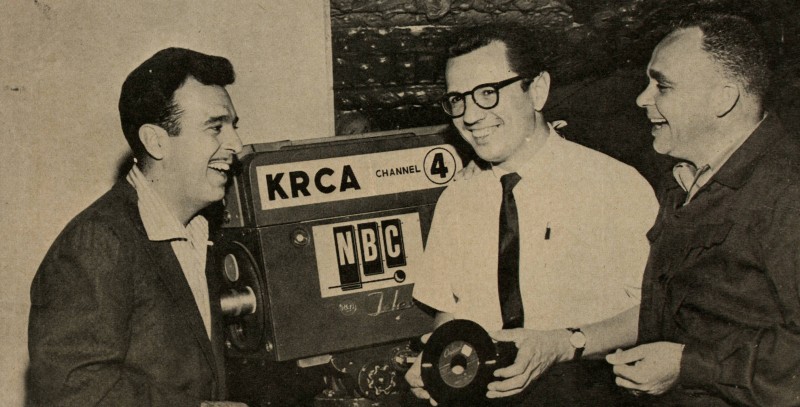 Following his honorable discharge from the Navy in 1946, Fascinato set up shop in Chicago and gigged his way into Tillstrom’s landmark children’s show on NBC. In between the exploits of the Kuklapolitans, he was quietly arranging material skewed towards a more adult audience. Jack’s resume got a serious boost when Ernie Ford hired him as musical director for his L.A.-based NBC variety show in 1955. Their million selling co-write “Sixteen Tons” immediately moved Jack from puppet pianist to in-demand arranger. Ford wasn’t stingy with the praise either. “I’ve got toe give all the credit to Jack Fascinato,” Ford told the Mirror News, “It was his arrangement that made it I just sang the best way I could.”

Doris Drew’s career consisted of nearly two decades on Hollywood’s side stage. A couple stray singles for MGM and Mercury and appearances in forgotten combos like the Cliff Parman Orchestra, the Jack Halloran Chorus, Ziggy Elman and his Orchestra, and Mel Henke and the Pied Pipers eventually led to Ford’s door, where she turned in a stunning version of “Two For Tea” with Mel Torme in 1956. After a single with Fascinato, the short-lived Mode label recorded her only full length album—1957’s Delightful Doris Drew. Nine years later she popped up as a voice in Hanna-Barbera’s What’s A Nice Kid Like You Doing In A Place Like This, a reimagining of Alice In Wonderland with a cool-cat cast that included Sammy Davis Jr. as a feline beatnik Chesire Cat and Zsa Zsa Gabor as the Queen of Hearts. Drew disappeared from the scene before ABC’s one-time airing on the Fourth of July 1966.

Fascinato’s independent singles were ultimately collected on Arranges Things, issued by Norman Forgue’s Evanston, Illinois-based Stepheny label in 1957. Fran Allison’s liner notes boasted that “confirmed hi-fi fans will adjust their woofers and tweeters so that when they hear the bells in ‘Abada,’ they’ll practically be able to see a camel train coming down the street.” Despite intense pandering, the LP managed to completely miss hi-fi enthusiasts and was quietly remaindered when Stepheny closed its doors at the decade’s end.

Swimming in “Sixteen Tons” royalties, Fascinato was unfazed by the album’s poor performance, having set up his family in a mid-century dream home in Palm Springs. It was there in the desert that he would dream up his next album: Palm Springs Suite. The 1959, Capitol-issued LP is a panorama of the many-hued moods of America’s desert playground. Late evening cocktail parties, brunch, and of course, golf, are explored via twelve instrumental compositions. Fascinato had truly arrived.

Not wanting to miss out on Fascinato fever, Capitol doubled down and issued a second album in 1959. Music From A Surplus Store is described on its back cover as “a collection of seemingly unmusical implements from the hardware shelf, such as trowels, putty knives, and crowbar.” The Bill Miller-produced album is perhaps the only orchestral jazz LP to ever feature both oil cans, metal pipes, scrub brush, and lubricated ball bearings. It would be the last commercially released Jack Fascinato LP.