Our beloved friend Joanna Brouk passed away April 28, 2017 after a brief battle with cancer, just as the world was finally starting to catch up with her incomparable, pioneering new age and experimental music.

Despite support from the influential Hearts Of Space radio show, Joanna never made much commercial or critical impact in the golden age of new age. In 2010, remaining copies of her five tapes released between 1981 and 1985 briefly went into distribution with the now-defunct Mimaroglu website. But it was only recently, in the wake of Brouk’s career retrospective Hearing Music in 2016 that Joanna finally began to receive greater recognition in the form of invitations to play in Europe and NYC, interviews, and even a comic strip.
In spite of her passionate artistry, Joanna didn’t appear to take too much too seriously. Whether it was financial independence won in the early internet while the getting was good, her three decades of transcendental meditation practice, the pride she took as a mother, or some sense that she had been blessed from birth with an exceptional sensitivity to an appreciation for the beauty all around her, Joanna was chill. The dour, intense student at Mills heard on KPFA in 1972 (google this) had long given way to a joyful, ebullient presence — all creativity, all gratitude, and it was infectious. It certainly seems like she had solved life’s riddles through her music.

Here are the previously unpublished original liner notes for Hearing Music, constructed entirely from her own words from our conversations. 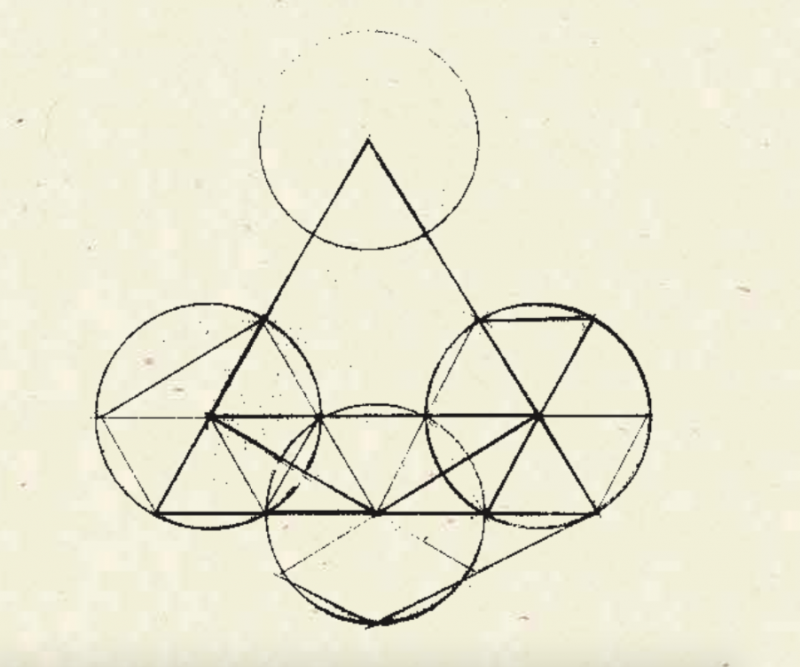 My father played the guitar and knew every song there was
There was always music around
I always thought I would just be a writer
Music was a gift.

And even when people would call and tell me they didn’t like it
I said, “I don’t care. I’m just the channel here, it’s just coming through me.”
I was very young when I started to read.
Always reading. James Agee’s book Death In The Family changed my life.
Beautiful, beautiful,
Death talks to him in the opening pages
Darkness speaks, and it beckons him, this young boy
And it inspired me. It wasn’t your typical novel
It was two worlds speaking to each other
There was this gap.
A place of exploration.

I went to New York for my first year of college
And met a young man from California who asked me to visit.
California seemed like another country.
We saw the Modern Jazz Quartet.
I transferred to Berkeley
And my poor parents, my conservative parents
They said if you’re gonna go there you’re going to pay your own way,
And I said “ok”
The glory of youth
It wasn’t that expensive
If you were a resident it was $300 a quarter or something like that.

I always wanted to be a writer. There was no doubt about that.
I got to go to Berkeley and studied under the poet Josephine Miles.
There I became aware of how the great writers used sound.
Edmund Spenser in The Faerie Queene strategically placed the sound D
When the hero was going through the
Dark Dim passage of Despair
setting up a Drum sound that created
the Depression he was trying to convey.
And I thought that was quite brilliant.
And I started to realize that shamans did that when they were healing people
They would set up a sound
They would say it in a way that would vibrate with a person
Josephine sponsored me in my major in electronic music.
Berkeley had a synthesizer but nothing like what they had at Mills College.
A Moog, an early Buchla and all sorts of fun tools.
Next to Mills was a pond with crickets
that would annoy people because it would get in recordings.
I recorded the crickets
when you slow it down sounds like a drone.
It’s one of the universal sounds—bees, crickets, frogs
That drone is everywhere in the world.
Underwater you’ll hear a drone.
I never had formal training in music.
I guess it’s the innocence of youth
I felt that music shouldn’t be out of reach for anyone
Of course it’s wonderful to learn to play
But if you hear it you should be able to record it.
I was a composer in the sense that I was using the technology that was available to me. 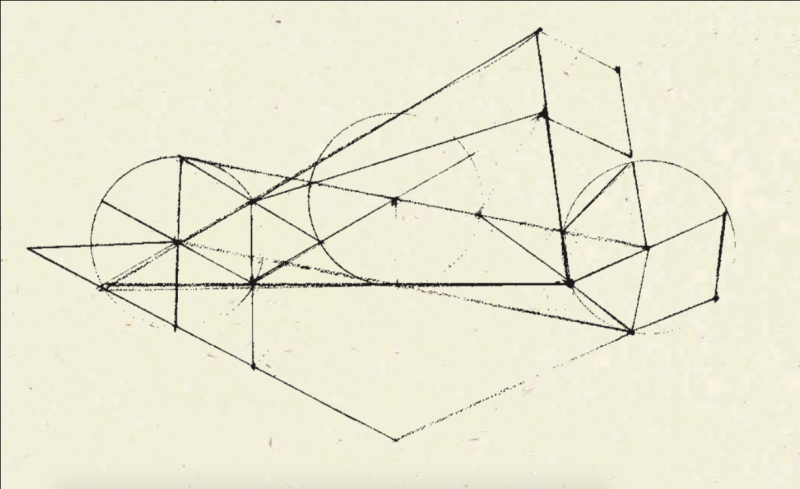 Now I know of course the overtone series,
but what I was hearing back then
at the time it was quite innocent.
And that’s how I taught myself to play.
And I refused to play until the next note told me what it was going to play.
And with the synthesizer if you do the same thing
with octaves and fifths, and if you do it right and lay it over itself
It will start to do an arpeggio, it will start to wave up
It’s really magical
So I started hearing these rising arpeggios and that became “Maggi’s Flute”
That’s what I was hearing,
this rising arpeggio of two layers I could fine tune
The space between the notes
became just as important as the notes themselves
So that’s how the music came, quite innocently
I was just enjoying myself
I found it magical
I found it pretty intoxicating, really.
It was almost sexual
for lack of another word.
It became so intriguing to me that I started to
tune out almost everything else
Sound just started to take over my life
Friends who heard my work said
Make a tape; Charles Amirkhanian at KPFA has a show on new music.
Why don’t you take it to him.
I remember going to see him
He said, Come back tomorrow; I’m really busy.
I came back the next day
He said, Come into my office,
a huge room with all of these LPs
I thought oh he’s taking me back
so that when he tells me how bad it is
and I start crying
no one will be here to see me And I went in and he was playing my gong piece
He says This is really beautiful and I’d like to do a show on you.
And I said, oh sure, great.
And from that show they said, you’ve hit a nerve somewhere with people
And we’d like to let you do a regular show on KPFA
And that was my first job
It was my first job where I wanted to be.
Eventually I became their program director. For their fundraising marathon
I thought, I’ll play a tape of my music,
And if people like it I’ll give them a cassette if they join the station.
Well, the phones went off the hook
I started my own company to start mass producing my tapes
In the meantime I was working in radio
And getting my masters at Mills and had my own studio there 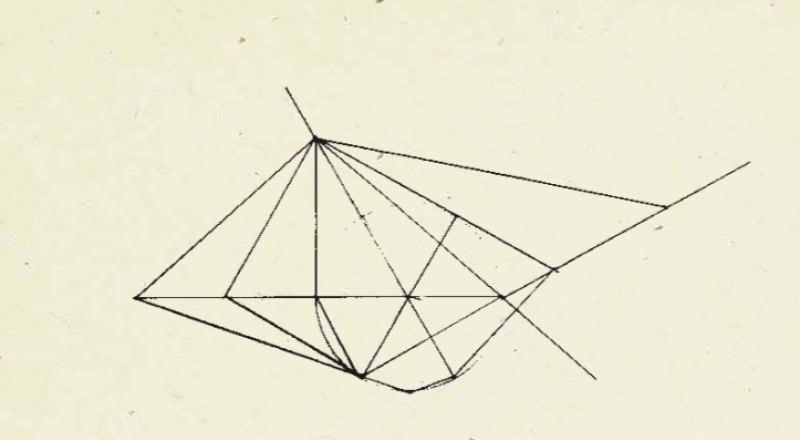 Moving quite ahead
as to why I quit

I started hearing so much music that
I was going to a place where it was taking over my life
And it sounds somewhat conceited to say it but
I was pulling a Beethoven
I was starting to feel I was losing my hearing
In the sense that I didn’t want to hear anything but the celestial music
I remember one time I was standing in line
And hearing what people were thinking
I could tap into that
It was so mundane, so boring
And really, none of my business.
And I thought, who am I to intrude on people’s private thoughts?
So I started to block out stuff
So I could selectively hear only what I wanted to hear
I was getting into some pretty dangerous territory

I started to meditate — Transcendental Meditation
And I almost knew when I started
that might be the end of it.
Because it’s such a balancing, wonderful technique
And if you are anywhere in your life out of balance it pulls you back in.
So for a while I stopped hearing music
And that was ok
I thought I really needed to get healthy
Then I took a long course, a teacher training course
And I started to hear music again
And I was so happy
I’m in the mountains though, meditating
And I’m hearing it and I’m wondering, what do I do with this?
I don’t have a piano, I don’t have a studio
So I grabbed some butcher paper in the room
And I started drawing the music I was hearing
It was geometric shapes
So an arpeggio might be a series of circles rising towards the sky
And I was very familiar from my days in the studio with the oscilloscope
which provides the dimensional shape of a sound
For example, a flute would give you a perfect circle
So I understood what different wave shapes would be,
the frequency and modulation.
And I was able to play with that...
I’m still in TM. It’s kind of the anchor.

I got married
And I moved from the Bay Area to San Diego.
So I was away from my studio and I didn’t have that access
I had a family
March 7, 1989 my son was born
Life took over.
I think when you move to a new town it’s like starting over
I got a job writing for a new company
Technical. I was just miserable for a while
Then in the mid ’90s, they needed someone to do the internet content
And I got to be part of the internet becoming an information channel
and not just a marketing channel.
That took me on a nice path financially
I enjoyed it a lot.
Money drives you in a different direction sometimes.

I still see shapes when I hear music
It was never my desire to be “out there”
It was just my joy to do it
I hear music still
I write every day.
The writing and the music come from the same place.
There’s a lot of stuff coming through still
Last night I was awoken by Goddess dreams
And that happens a lot. 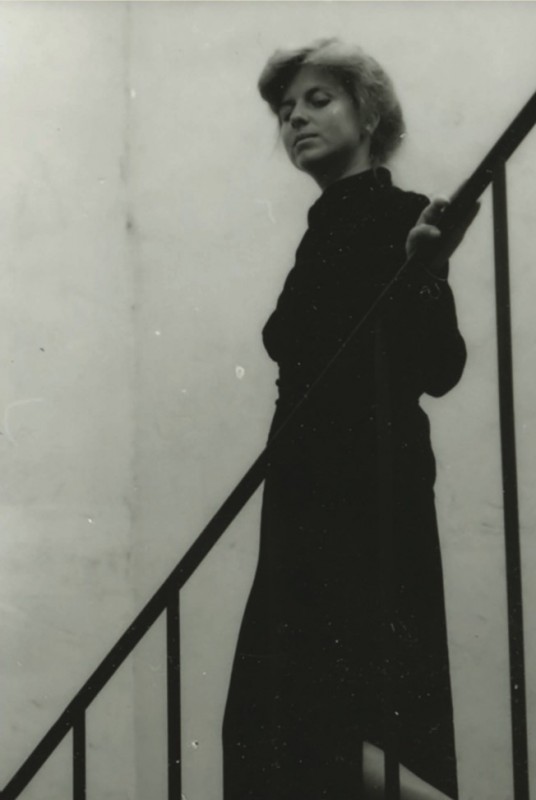