Naomi Lewis’ Cottage Songs and Seagulls and Sunflowers have long been prized by collectors for their superior production quality, and poetical experimentation within the genre. Blending touchstones of soft rock, pop and dreamy singer-songwriters with Lewis’ cherubic voice, the albums have been praised as pinnacles of the privately-issued folk movement of the 1970s. Lewis’ skills as a songwriter are evident and as inspired by popular music, like The Beatles and Joni Mitchell, as any psychedelic tag with which she has been affixed over the last four decades. “Joni Mitchell, Judy Collins and Joan Baez kind of made me think that women could do this,” Lewis reflected. “Back when I was doing it, I was the only woman recording in our little community.”

Growing up on a dairy cattle ranch just north of Las Vegas, Lewis was enamored with the earth, its flora, fauna and terrain, gazing at mountains, red mesas, azure skies and cirrus clouds from her childhood bedroom. And such imagery fills her lyrics, from “Gonna Find Me A Rainbow” to “Osprey Fly.” Her parents pumped classical and country music into the family home, and Lewis learned to sing in church choir. “I never thought I had a good enough voice to be a singer,” she said. “That was a kind of handicap I had to fight against. I thought I had this sweet, awful voice.” But she always had an interest in the mechanics of songwriting.

She picked up guitar while studying at Brigham Young University in Provo, Utah. In 1971 she moved to Germany with her husband who’d enlisted in the Army. She’d been writing songs as a student, from as early as 1967, but found her inspiration and skill flourished overseas. “I had a minor in German and so I would try to build my vocabulary. I loved getting to know the people and enjoying the ambiance of their culture,” Lewis said. This freedom and time alone inspired a studious dive into songcraft too. “That’s really where I learned to write verses and choruses, rather than a repetitive folks song like ‘Blowin’ in the Wind. It became an instinctual thing.” 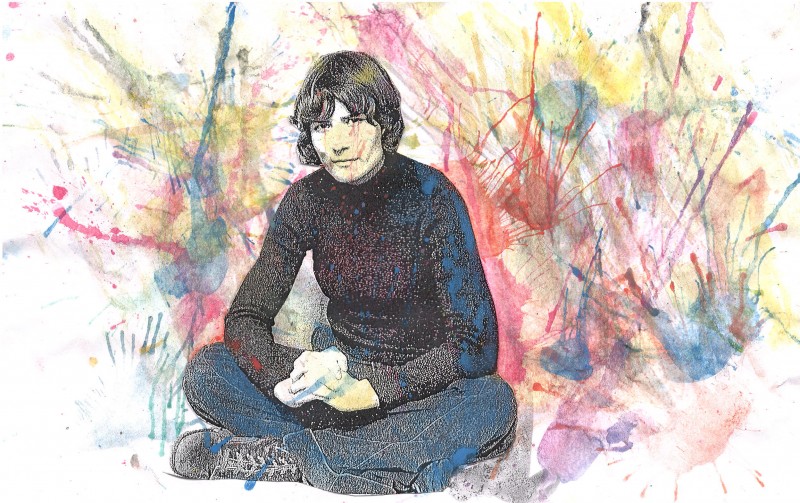 The next year Lewis returned to Provo and started an acoustic band with local Hal Jaussi, who played 12-string, 6-string and harmonica, and who became an early champion of Lewis’ songwriting. Though they only played one gig to their community in the Church of Jesus Christ of Latter Day Saints, the experience of practicing and arranging her songs with Jaussi was energizing. “We played my songs and that was really cool because here was somebody who wasn’t trying to do his thing...he was there for me,” she remembered.

In 1973 she moved into a small cottage in town — a tiny thing out of a fairytale — which inspired the namesake of her debut LP. “I had a little tape recorder and recorded my work sessions,” Lewis said. “And then I would record my final take on it. It was kind of a primitive way to work but it worked for me.” She wrote in earnest songs centered on themes of friendship, love, nature and her faith. “Dear Friend,” “I’m the Lucky One,” and “Seasons” were all written as gifts for her friends while “Get on Down” and “Children of the Light” celebrated her love for God. “Wood-Hue Day” was one of the first songs from her debut LP that she ever performed for someone else, when she invited a co-worker to come by to hear what she’d been working on.

Lewis began playing solo living room shows in Provo, which helped cultivate a community of fans and friends. On weekends she also played regularly at a local ice cream shop, where she gained a loyal following. During this time a friend she’d met through church, Dan Crosby, encouraged Lewis to record what she’d been performing. “He really believed in the music, that there was some commercial value in it,” she said. Crosby booked time for Lewis at Syndicated Recordings Studios in Provo, where she recorded the material that became Cottage Songs. He also paid for the session. 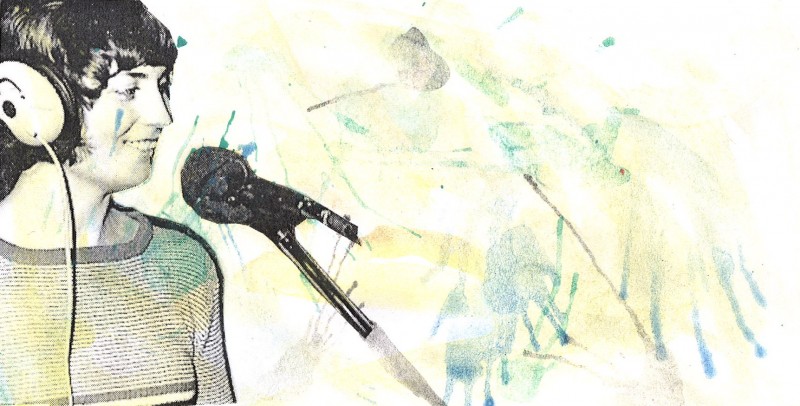 I wanted to the be songwriter. I never saw myself as the performer.

It wasn’t without its challenges. The recording engineer was tough on Lewis, who’d never been in a studio before, providing harsh feedback and forcing her to record multiple takes of each song against her will. “I was struggling with that. I didn’t really want to be there to begin with. Dan had talked me into it,” she said. “It’s something I went to with resistance, let’s put it that way.”

After Cottage Songs was mastered, Lewis discovered there was some feedback on the uptempo tunes. “It had been recorded too hot, I guess,” she explained. Lewis was reluctant to return to the studio to after the hardships in the first session, so Crosby enlisted local Dave Eyre and his band Prodigy to help quickly re-record six of the songs. Eyre wrote arrangements, which added saxophone and brass, as heard on “Get On Down,” and pulsing baselines. It was a sound Lewis would have never chosen, but ultimately settled for, given her reticence to go back to the studio. All she had to do was re-record her vocals. Her friend Jeanette Willis also re-recorded French Horn parts.

Ron Deutchendorf, John Denver’s brother, happened to be in town and also made his way to the studio during the second session. “They wanted me to do Red Rocks with John Denver and concerts like that, but I never wanted to be the singer out in the spotlight,” Lewis said. “I wanted to the be songwriter. I never saw myself as the performer.”

Lewis had 1,000 copies of Cottage Songs pressed in Los Angeles, and released them on her Cottage Records label in 1975. Local artist Stefanie Clark contributed a painting of Lewis’ cottage for the album’s cover, which was meant to be printed in color. After discovering how costly that would have been, however, Lewis instead printed a small drawing of the cottage Lewis had done in black-and-white, which lended a textural quality to the album’s jacket, like a woodcut print. “It turned out to be a positive experience, people loved it,” Lewis said. “Up until this point I had been recording cassette tapes for my friends, which was a laborious process. Cottage Songs kind of solved that problem like, ‘Here, have an album.’”

A Christmas performance that year at KBYU, the university radio station in Provo, inspired Lewis to record her second album, Seagulls and Sunflowers. She’d arranged the holiday material quickly, and figured she could knock out another record of songs she’d written in 30 hours or so. 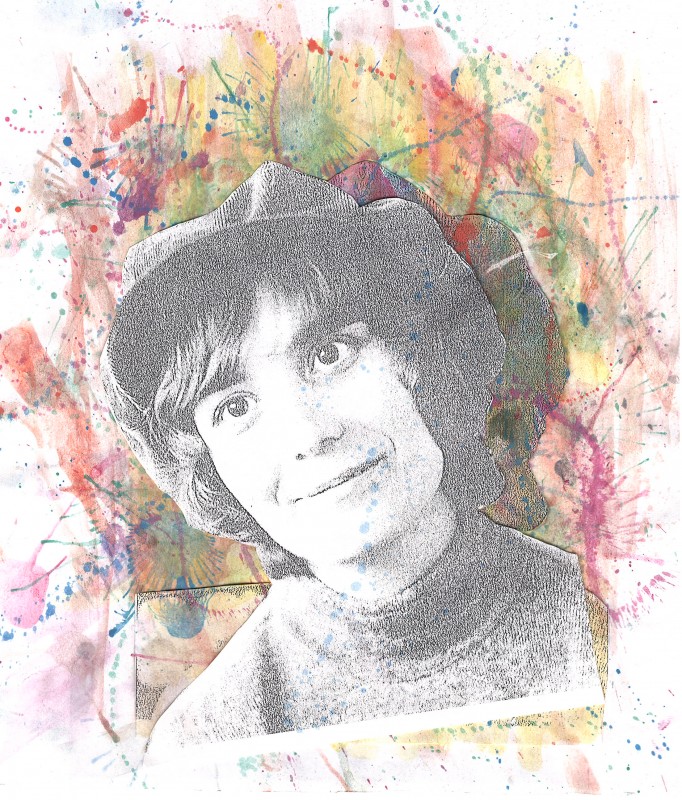 This go around she booked time at Sambo Sound in Provo, with a loan from her grandparents. Though she enlisted many of the same musicians from Cottage Songs, including percussionist Mark Evans and French Horn player Jeanette Willis, her aim was to have complete control over the album. She chose the studio, wrote the arrangements, accepted the recordings and chose where the record was pressed. “People were amazing, they took my basic tracks, added their tracks, and did it out of sheer creativity,” Lewis said. “To watch these songs grow from guitar-vocal into songs with bassoon or flute or strings, it just added a whole world.”

After ordering a run of 1,000 from a plant in Cincinnati, on a shoestring budget Lewis purchased the remaining materials for the album piecemeal. She ordered blank white sleeves and hand-printed the covers in black ink on a letterpress at BYU. “They never were shrink-wrapped,” she added. Despite widespread enthusiasm on local radio for Seagulls and Sunflowers, released in 1976, Lewis became disenchanted with the distribution and selling of records. “I had always given away my albums, and the whole selling process sort of left me cold,” she said. Still, she remembers that session, and her peers in Utah with affection. “It was a really great time in that community. I never felt a sense of dog eat dog. It was all cooperative. It was all, ‘Let me help out. Let me be involved.’”