Run out of a former aerobics studio, Tim Jackson and Carolyn Schmitt’s Adult Crash clothing and record boutique was the first shop I ever visited when I washed up in Manhattan in August 1995. There were plenty of other record stores in the neighborhood; including Dance Tracks, Kim’s, A-1, and Breakbeat Science, but Adult Crash was the epicenter of all things indie in mid-to-late-’90s New York. Kim and Thurston shopped there. As did Jon Spencer, Courtney Love, and any other self-respecting kid on the scene. The shop would eventually host the infamous Songs: Ohia show that led to Jason Molina’s signing to Secretly Canadian. I’d heard from my hosts Barry London and Chris Leo that a spot named from a Minor Threat lyric carried the best selection of underground 7”s and did not leave disappointed.

Aside from indie singles, Adult Crash specialized in Japanese imports, riot grrrl fanzines, exotica, and briefly was the first storefront in the country to carry Wendy Mullins’ Built By Wendy indie clothing line. “Record stores are usually so male oriented,” Schmitt told the New York Times. “I thought it would help to make the girls come in and look at records.” Jackson concurred: “We both have feminine sensibilities, especially after shopping at one record store after another and being intimidated by a real male atmosphere. This is a real conscious effort to stay away from all that.” 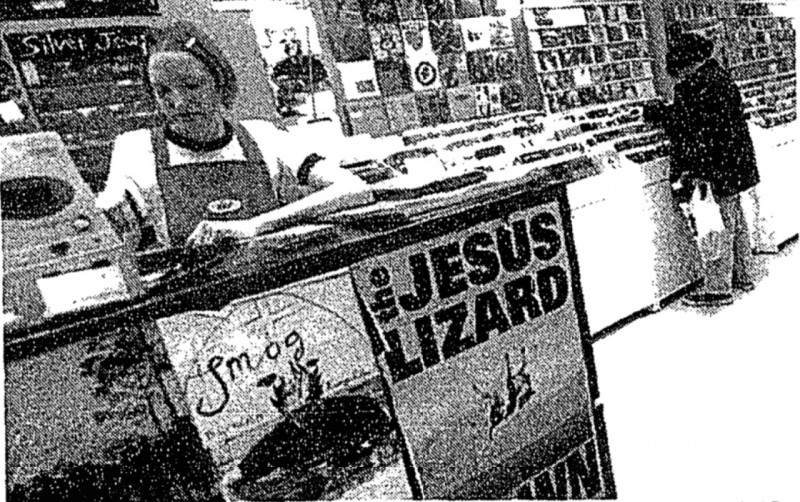 Karate’s debut single “Death Kit” b/w “Nerve” was already eight months old by the time I spied it on the wall with a hefty $4.50 price tag. And while it was but one of dozens of records I bought on that trip, “Death Kit” quickly made it into regular rotation and was a staple of many mixtapes. This first iteration of Karate bridged that gap between Codeine’s slowcore and D.C.’s post-hardcore. Odd time signatures, starts and stops, but with a preference for major chords, a hint of blues, and the speed of Avenue A traffic.

That Karate ended up being a hybrid of angular D.C. post-hardcore and tortured slowcore was a byproduct of guitarist-vocalist Geoff Farina’s two previous bands: Victor Deluxe with Hoover’s Joe McRedmond and Chris Farrall, and Back Knife Spot with Codeine’s Chris Brokaw. Armed with a Fender Mustang and Twin Reverb amp, he began jamming with drummer Gavin McCarthy in their Allston, Massachusetts, basement in the fall of ’93. They taped up a flyer that read “Bass Player Wanted” on bulletin board at In Your Ear Records, listing influences that included Lungfish, Fugazi, and Codeine. Eamonn Vitt responded. By December ’93 the trio were playing their first gig at The Middle East with The Lune and Cinnamon under the Karate! banner. “A few 22-year-olds thought it was funny and ironic for five minutes,” Farina said of the name choice. “Always regretted it.” 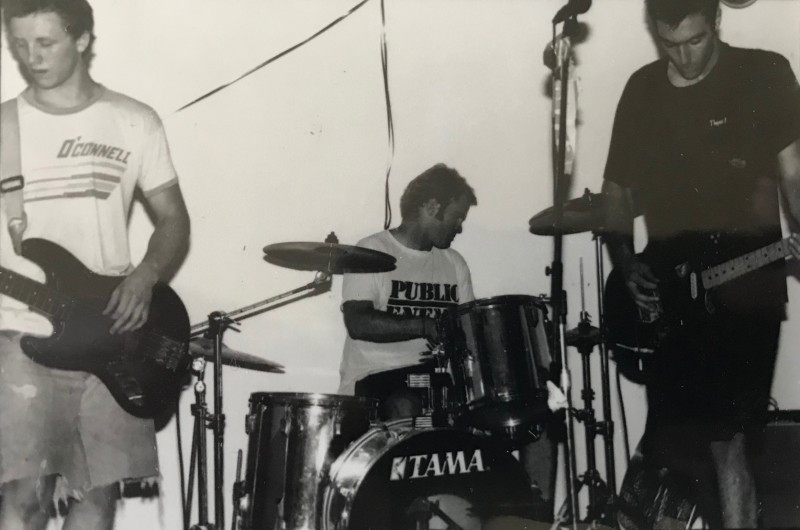 Karate spent the next year pinging around the eastern seaboard and touring the American south and southwest. They tracked “Death Kit” and “Nerve” at John Wood’s Bird Dog Studios in Allston, Massachusetts and had intended on self-releasing a single, but Farina’s roommate Jon Manders had other ideas. Manders and Farina had matriculated throughout the same Harrisburg, Pennsylvania, scene that birthed Admiral and produced key personnel in DC’s The Warmers, Hoover, and The Crownhate Ruin. (That The Crownhate Ruin and Karate would eventually share a split 7” issued by Central PA’s crucial Art Monk Construction was by design, not accident). Manders’ best friend was a scene kid named Chris Newmyer who by 1994 was looking to make the jump from VFW hall show promoter to record mogul. 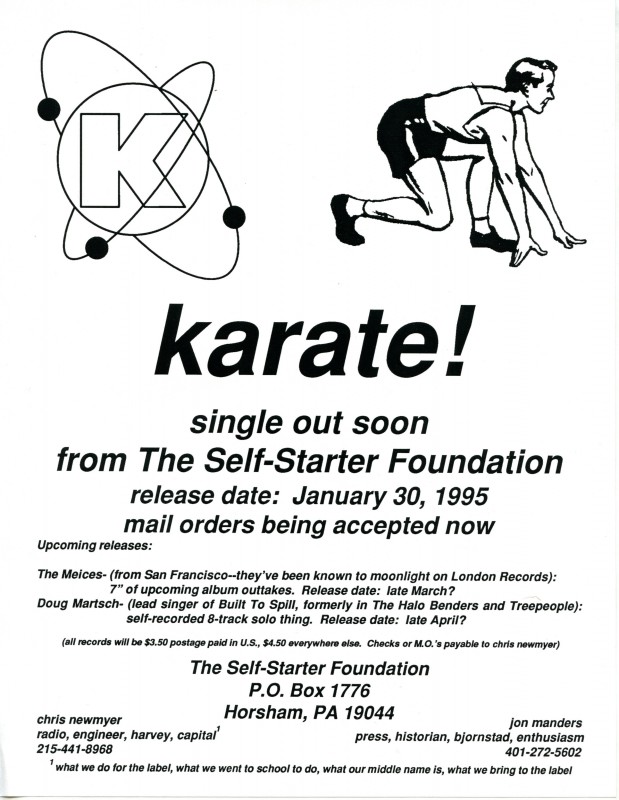 “Greetings from yet another new record label,” the April ’95 press release announcing Karate read. Manders described The Self-Starter Foundation as having “the subtlety of a telethon announcer… We are prepared to poke you while you’re napping, spy on you while you’re eating lunch.” The company’s name and subsequent track runner in starting block position logo were lifted wholesale from a series of Nelson-Doubleday self-help books, a perfect aesthetic fit for the new wave of indie that cropped up in the wake of Simple Machines’ Mechanics Guide to making records pamphlet. A handshake deal was struck to issue the single in the fall of 1994, and Newmyer was off to Bill Smith Custom Records with an order for 1500 shortly after. A show booked at JC Dobbs in Philadelphia with The Crownhate Ruin and The Warmers served as a release party on February 11, 1995. Review copies were sent to the usual suspects; Maximumrocknroll, HeartattaCk, Punk Planet, but Farina’s jazzy leanings kept the single from polluting their pages. “It got basically no reviews,” Newmyer said, “But we ended up selling 1500 copies in six months.”

Distribution was handled via Simple Machines, Karate’s merch table, and some random kids selling records out of their bedrooms, but the bulk were sold by the Chicago branch of UK distribution stalwart Southern Records. Founded by John Loder in 1982 out of his Southern Studios recording outfit, by 1995 Southern Records was at the bleeding edge of the indieground. The bills were paid via distribution deals with both Dischord and Simple Machines, allowing the label to step out into the world and find its voice. Southern U.S.’s label run started with slowcore secondwavers Rex, post-rockers Ui, and soon enough Karate. Their self-titled debut album appeared on Southern in spring 1996.

But back to that “Death Kit” 7". The 30% blue and black fold-over cover depicts a ‘79 Chevy Beauville’s timing chain, which Karate blew out in Camden, South Carolina, the previous summer. The single’s dead wax etching called out the supremely helpful folks at Trapp Auto who got the band back on the road with minimal delay. And while their touring schedule was light in ’95, the trio managed to open for an impressive array of artists, including Fugazi, Unwound, June of 44, and Guided By Voices. “Death Kit” was pedaled from the back of the room alongside split singles with The Crownhate Ruin and The Lune. That exclamation point that appeared on Karate’s first single? “Not sure about the punctuation,” Farina said, puzzled. “We thought it was stylish or something, but dropped it pretty quickly.” Soon enough they were recording their debut with Wally Gagel at Cambridge’s Fort Apache studio, their DIY days receding into the mirror of Papa Smurf—the blue and red, six-mile-per gallon short bus they’d use to crisscross the country for the next year. “The phone bill from booking those early tours definitely eclipsed the revenue earned,” Vitt recalled. 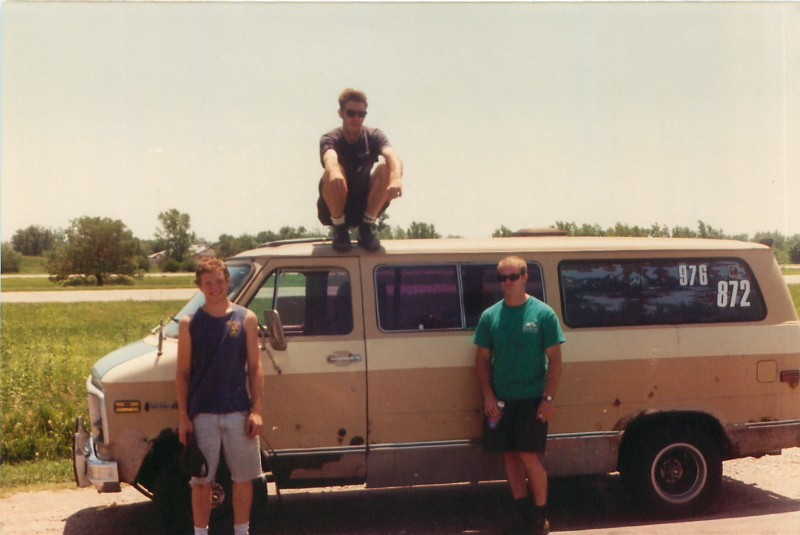 The Self-Starter Foundation focused their Karate earnings into becoming a real-deal record label, eventually issuing albums by Les Savy Fav and Lifter Puller before pulling the plug in 2004. “The end was pretty unceremonious,” Newmyer said. “I just had to walk away from it. I’m proud of what I accomplished, and think about going back to it to this day.” As for Adult Crash, the Alphabet City store hung on through ’98, but went bust as the indie 7” revival faded. It was replaced by Rick Kim’s Etherea Records. Avenue A traffic got much worse. 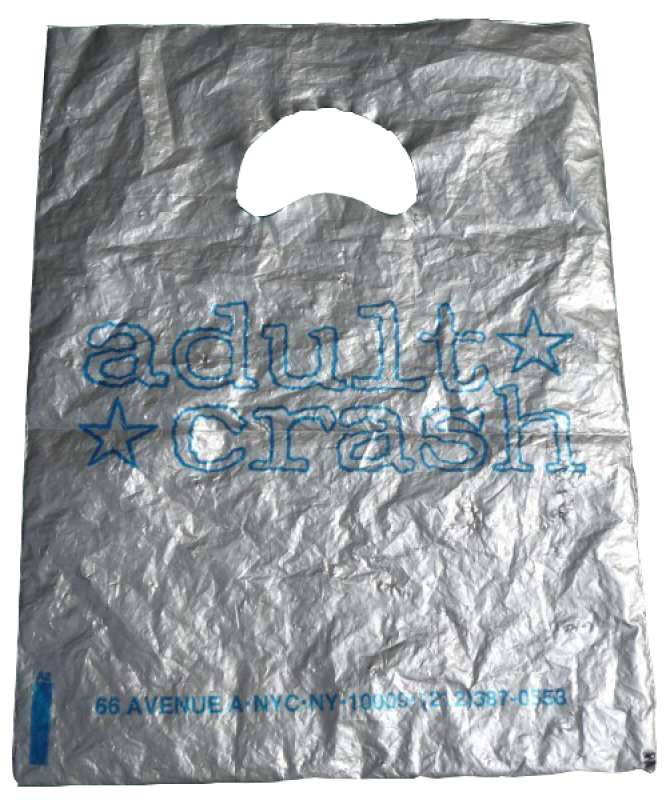 Me? I wrote to Karate’s Allston post office box soon after leaving New York. I asked if they might be interested in contributing a song to my Post Marked Stamps series of singles for Tree Records. They never replied. “We were moving so fast then that I’m sure it just fell through the cracks,” Vitt said with no memory of my twenty-five year old request. “Geoff was responsible for correspondence back then, you might ask him.”

“That was quite a while ago,” Farina texted back. “Sorry.”