Fujimo Records, an acronym for “Fuck U Jack, I’m movin’ on,” was an unlikely destination for a trio of high school Methodists from Etna Green, Indiana. “It was a very small town,” recalled drummer Suzi Blodgett. “There was one school building for first grade through high school.” Blodgett formed the Shades with Cindi Stouder and Jannie Gard. They began rehearsing in a one-bedroom house on the edge of town in spring 1964. Their first performance was for the congregation of Etna Green Methodist Church, where Gard and Stouder played folk songs on acoustic guitars while Blodgett kept time on a tambourine. With encouragement from the community, the Shades quickly graduated to electric instruments. Cindi played a Gibson ES-335, Jannie a right-handed Harmony bass upside down. Suzi helmed a Camco drum set. Sporting matching bouffant hairstyles and handmade outfits, the trio took gigs wherever they could, from regional bowling alleys to the local Elks Club. 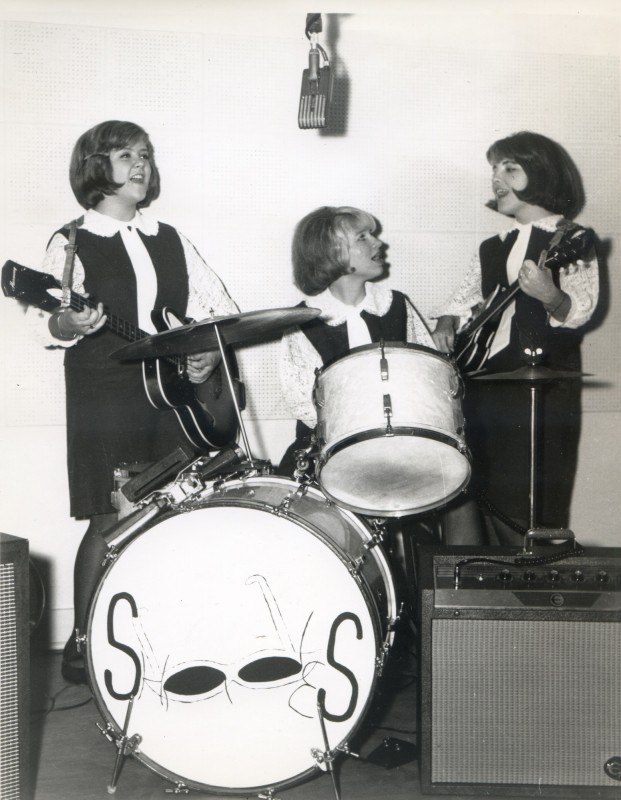 Before the end of the year, the Shades caught the attention of local industry man Ray Earle, proprietor of the Metropolis label and studio in nearby Warsaw. Earle’s specialty was bluegrass and country and western, making the Shades something of an anomaly for his north-central Indiana operation. The trio’s 1964 debut featured two originals, the upbeat organ screamer “Denny” and the sparse and heartfelt “I Won’t Cry,” with Cindi on lead vocals and Suzi and Jannie providing the harmonies. An unremembered band provided the backing tracks because, according to Blodgett, “We weren’t loud enough!” After performing in a number of regional talent contests throughout Kosciusko County, the Shades were offered to participate in a revue sponsored by the Talented Teens Foundation. For three weeks the trio toured Europe, and played to thousands across six countries.

Tom O’Hara’s Fujimo label began in 1964 in Elkhart, Indiana as a vehicle for capturing the energy of the Northern Indiana teener scene. A dozen 45s were churned out over three years. The Falkons, the Swingin’ Sting-Rays, Frank Rondell and the Chancellors, the Tempests, Royal Jones and the Dukes, the Backdoor Men, and the Tikis filled the label’s roster. It also released two singles by the Shades in 1966. 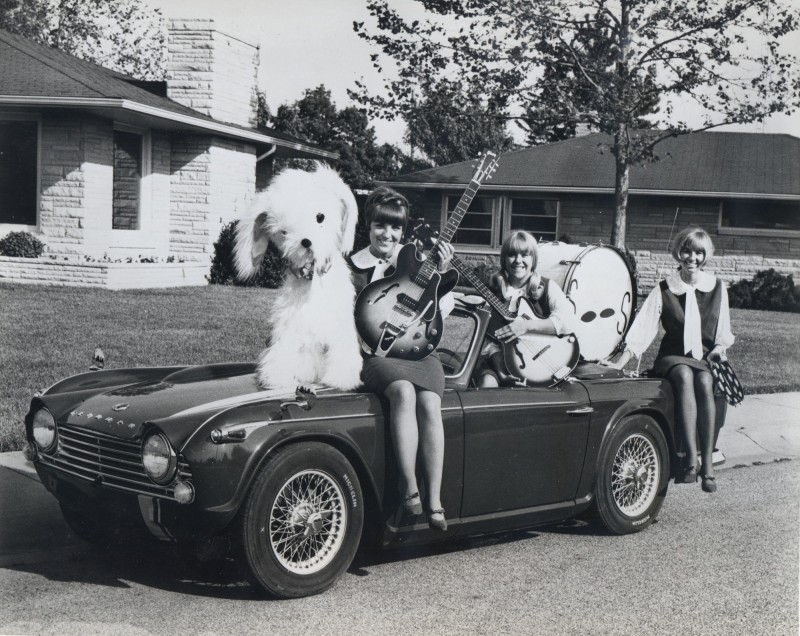 Acting as manager, O’Hara chaperoned the girls on trip to Chicago’s RCA Studios where they cut “Santa Claus Is Coming To Town,” “Prancers Got Some Red Spots,” and originals “Send Him Back Home To Me” and “Tell Me Not To Hurt.” O’Hara wrote “Prancer...,” which had been cut by the Tempests the prior holiday season. The Shades’ version was pressed with a Christmas-y red label in 1966. It was their last release. Differences among the group reached a boiling point following a residency in southwestern Michigan, and they disbanded in 1968. 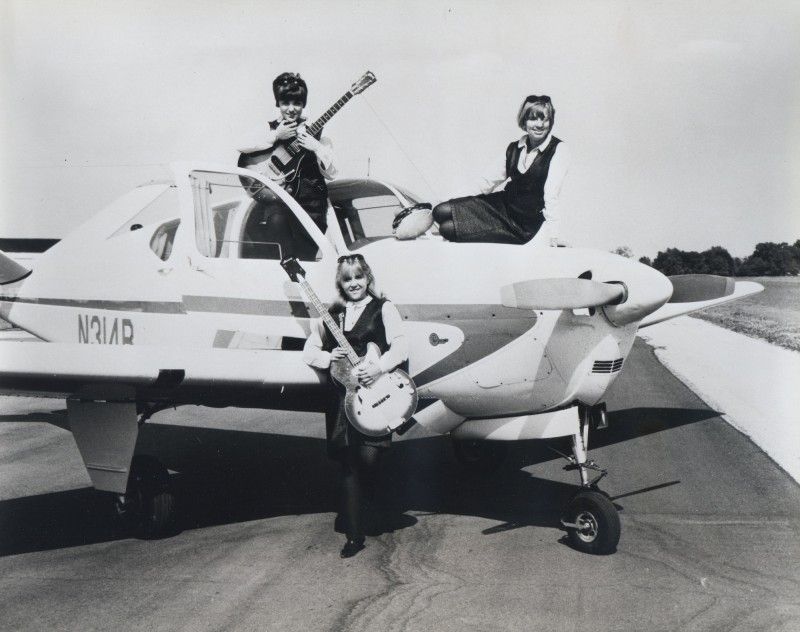