I got about 50 copies out there, and that’s when everything got tough

Los Angeles locals know Tony Palkovic from his long-running show on KPSC community radio in Claremont. For three decades, he’s selected tracks and interviewed legions of artists in the noon slot on Thursdays. But before he was a committed volunteer disc jockey and local music teacher, Palkovic was a studied jazz fusion player and futuristic tinkerer who wrote and recorded one of the most beguiling synth-centric tomes ever pressed.

Born With A Desire, pressed and released in 1986, is a trailblazing amalgam of elevator-friendly light R&B and synth-forward smooth jazz that goes down easy as a huff of dentist-issued nitrous. Its silky grooves and bursts of drum machine 1.0 endure as an ’80s vision of future earth where 8-bit graphics and pastel palettes swath a synthesizer Shangri La. “I moved out to California and the drum computers were fairly new, so it was kind of exciting,” Palkovic said of the album’s germ. “I didn’t have any concept in mind, I just started with a pattern or a chord progression and developed it from there, without having a clue about where it was going to go.”

For a year-and-a-half Palkovic conceived of and refined these series of rhythmic patterns, and chord progressions and changes, using a very limited early stage drum machine, polyphonic synth and guitar. He recorded each song at home in the evenings after clocking out from a day job in sales, and pressed a 1,000 copies for his Deep Water label. “I got about 50 copies out there, and that’s when everything got tough,” he said.

Shortly after the release of Born With A Desire, Palkovic’s mother grew ill and he became her primary caretaker. Then, as it so often goes, money became tight. Under pressure from life’s demands, he retreated from making records and playing out in local clubs. “Believe it or not, I threw away hundreds of copies of Born With A Desire because I had to move,” he lamented. 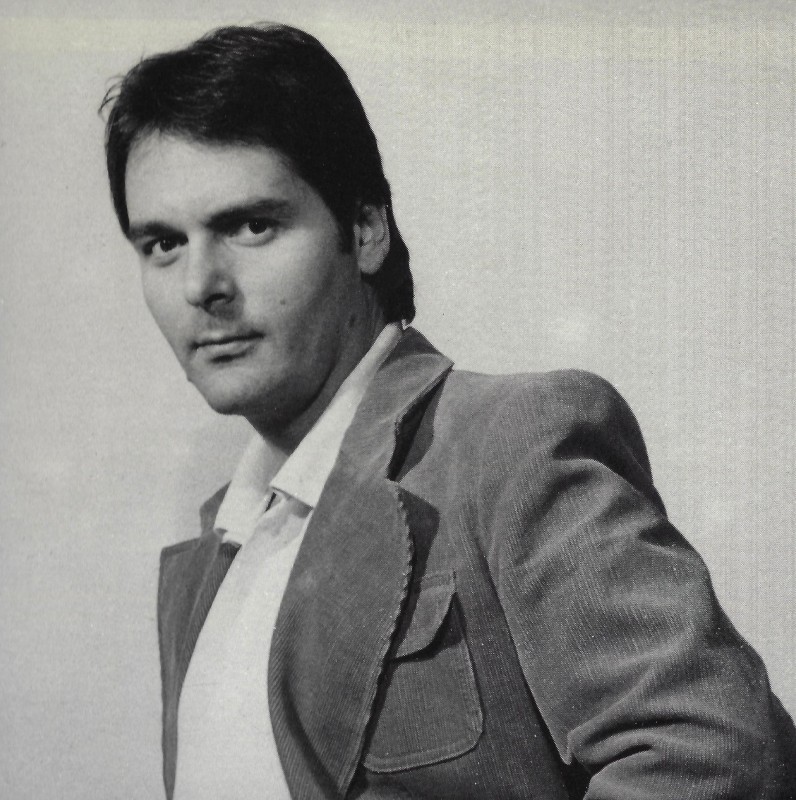 Born in Youngstown, Ohio, the now 67-year-old Palkovic began playing music in the school band starting at age 12, and eventually formed a regionally popular rock band that opened once for Three Dog Night. “We had a tight progressive rock-focused scene in that area near Kent State,” Palkovic said. “I was a serious player and wanted to learn more about what I was hearing on these records.” After his high school band dissolved, Palkovic packed his bags for Columbia College in Chicago where he studied film and music for one semester before transferring to Berklee College of Music in Boston. There, he developed a surgical focus on guitar and composition. “It opened up everything for me,” he said.

At this time, in the early ’70s, the innovations of Miles Davis’ Bitches Brew, with its fusing of rock’s beats and jazz’s freeform spirit, had seemingly infiltrated much of Berklee’s student body. “It really influenced my creative juices, and I had the confidence to pursue it because of my training,” Palkovic said. After graduating, Palkovic formed a jazz fusion group back in Ohio under his name, composing music and leading on guitar. He eventually landed in Sharon, Pennsylvania, just outside of Pittsburgh, where he traded session work for time in a local studio. There, he began writing and recording his first record, Deep Water, seven tracks of jazz fusion akin to Heavy Weather-era Weather Report.

After working on the album for about a year, he returned to Ohio and mixed it at Audio Recording Inc. in Cleveland. There, he met a supportive network of peers who helped Deep Water, released in 1980, get airtime on local radio stations. “Guitar Player magazine got a hold of it and gave me an excellent review, and I ended up getting airplay all over the country,” Palkovic recalled. “It did well in terms of airplay so I just decided to make another one.” 1982 saw the release of Every Moment, a continuation of Deep Water in its fusion elements with an added focus on bass and synth grooves. The next year Palkovic moved to the Claremont, California, area and began work on his masterpiece, Born With A Desire, which, beginning in the mid ’90s, saw a resurgence among collectors and DJs. “It’s about the music, that’s all,” Palkovic said. “I’m glad to see there are people who are listening to what happened back then.”

This essay was written shortly before Tony Palkovic passed away on December 19, 2019. A remembrance for Tony from his friends at KSPC can be found here.