Pepe Willie was more of a sapling than a seed when he arrived in Minneapolis in the early ’70s. Raised in Brooklyn, he got his first tastes of the music business under the tutelage of uncle Clarence Collins, a founding member of Little Anthony and the Imperials. Willie ran errands for the Imperials, knocking on dressing room doors, collecting orders from headliners like Marvin Gaye and Ray Charles. Prolonged exposure to R&B’s elite tempered the aspiring musician, who accrued lessons in composition and delivery as his uncle mesmerized hometown crowds with “Tears On My Pillow” and “Going Out Of My Head.” During an extended run at the Copacabana, Willie caught the green eyes of Minneapolis native Shantel Manderville, in town to visit her aunt, then dating Collins. Their courtship spanned several summer months, cut short by Willie’s Army draft notice and Manderville’s return to the Twin Cities.

Mustered out in 1970, Willie returned to New York, taking work as a splicer for American Telephone & Telegraph. He appeared as an extra in Michael Campus’s 1974 film The Education of Sonny Carson, shot in Brooklyn and featuring neighborhood kids from Willie’s native Bedford-Stuyvesant. Flexing his songwriting skills, Willie composed and recorded “Five Cent Ride To Freedom”; the track was considered for inclusion in the radical film but cut when United Artists-contracted Leon Ware signed on to soundtrack. 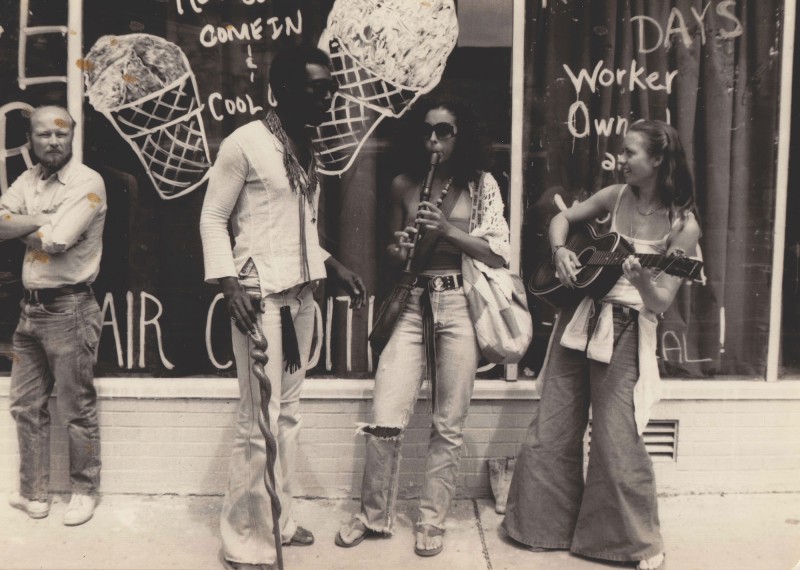 Through new careers and cameos, Willie and Manderville remained in touch, were married in 1974, and later took up residence on Minneapolis’ south side. Willie took odd jobs with the postal service and the Totino’s Frozen Pizza foundry in nearby Fridley, Minnesota. He got involved in community theatre, securing a role in a dramatic tribute to St. Paul pianist and musical pioneer Nettie Hayes Sherman. Cast as a teenage Hayes was young Kristie Lazenberry, who Willie quizzed about her singing background. A member of her college choir, Kristie had also engaged in frequent bouts of dorm room karaoke with classmate Marcy Ingvoldstad. Willie/Lazenberry/Ingvoldstad rehearsals soon commenced, out front of ice cream parlors and at the Willie residence, yielding vocal arrangements and embellishments for songs that Willie had demoed at Dale Menten’s Cookhouse Studios, including “I’ll Always Love You,” “If We Don’t,” and “Games.”

Willie, already accustomed to sophisticated Manhattan soirees and Imperials engagements, found the black clubs of Minneapolis a bit crude. With no connections to the local music scene, he spent most nights at home fleshing out songs on an acoustic guitar. He was then introduced to Wendell Thomas, a young bassist from St. Paul who brought with him half-brother and drummer Dale Alexander and Pierre Lewis, a 16-year-old keyboard player enrolled at Central High. Adding Thomas, Alexander, and Lewis to his partnership with Lazenberry and Ingvoldstad, Willie called his fledgling project 94 East, after the interstate that, since 1964, had tethered the Twin Cities and linked them to the greater Midwest and the East Coast of Willie’s upbringing. While rehearsing with 94 East, he was also grooming Grand Central, a group of young musicians—including bassist André Anderson, his keyboardist sister Linda, drummer Morris Day, percussionist William Daughty, and Manderville cousin and guitarist Prince Nelson, who’d already assailed Willie long-distance with half-baked music business queries. 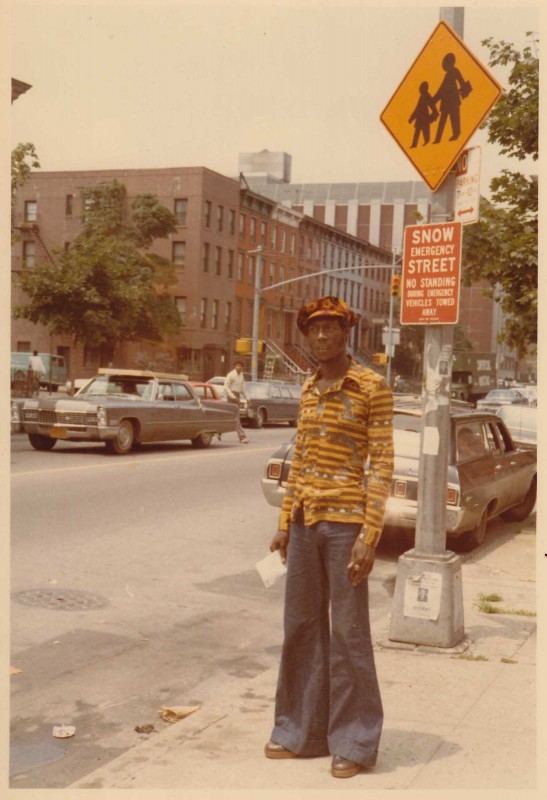 During rehearsals, Willie caught Nelson offering instruction on their respective instruments to André and Linda. Willie tapped Nelson for lead guitar on a total of five songs, later referred to as “The Cookhouse Five.” Tracked in four hours—at Cookhouse’s $100-per-hour rate—in December 1975, they included the Willie/Lazenberry co-write “Better Than You Think” and “If You See Me,” penned by Willie about his recent falling out with Manderville. Nelson, unphased by his first recording session, hesitated little in contacting Pepe the following day about re-tracking one of his passes on “If You See Me.” Willie gave the go-ahead, which explains how the second chorus on “If You See Me” got slightly different phrasing and EQ settings than the choruses that bookend it.

The following April, Pepe Willie and Wendell Thomas flew to New York, looking to use their reel and Willie’s connections to secure a record deal for 94 East. They met unsuccessfully with Brunswick, Columbia, and RCA, finessing their approach with each pitch. Consultation about their chances in Manhattan with Imperials songwriter, producer, and industry veteran Teddy Randazzo led to his joining Willie and Thomas for their meeting with Polydor. The label signed Willie to a one-off deal, pairing him with original Motown Funk Brother Hank Cosby. The single was to feature the Cosby-penned “Fortune Teller” as the plug side and Willie’s “10:15” as the flip. Deadline looming, Willie returned to Minneapolis and placed a classified ad in the Star-Tribune to fill a drum seat recently vacated by Dale Alexander. Bassist Sonny Thompson auditioned, and fared well, but Willie sought a Caucasian drummer to paint 94 East’s white stripe. He found such a timekeeper in Bobby “Z” Rivkin, brother of recording engineer David Rivkin; the Bobby-inclusive lineup stood for a promo shoot underneath the mammoth iron arch of Charles Ginnever’s Nautilus sculpture. When 94 East arrived at Sound 80, Nelson was finishing a session of his own. Informed of the arrangement with Polydor, the ambitious Nelson asked if he could sit in.

With guidance from local advertising executive-turned-artist manager Owen Husney, Nelson’s Sound 80 demos secured him a contract with Warner Bros. Willie’s sessions, on the other hand, were orphaned indefinitely when Cosby lost his position at Polydor. Willie would fund another tear through Sound 80, flanked by Anderson and Nelson, to produce “Lovin’ Cup,” the Willie/Nelson co-write “Just Another Sucker,” and “Dance to the Music of the World.” But stumbles in pursuit of his own deal convinced Willie that his resources might be better spent helping clear a path for Nelson. After the release of For You, his Warner Bros. debut, Nelson returned to Minneapolis to hold auditions for his touring band at Dale’s Tire Mart, a garage owned by Steve Raitt—brother to Bonnie—but a break-in decimated that plan. Willie invited Nelson to hold auditions and subsequent rehearsals in the basement of the southside home that he, Lazenberry, and Ingvoldstad shared. Willie financed one last trip to New York in 1979 with André Anderson and Nelson in tow, where they crafted “If You Feel Like Dancin’” and “One-Man Jam,” songs ultimately disregarded by their intended target, Tony Silvester of the Main Ingredient. 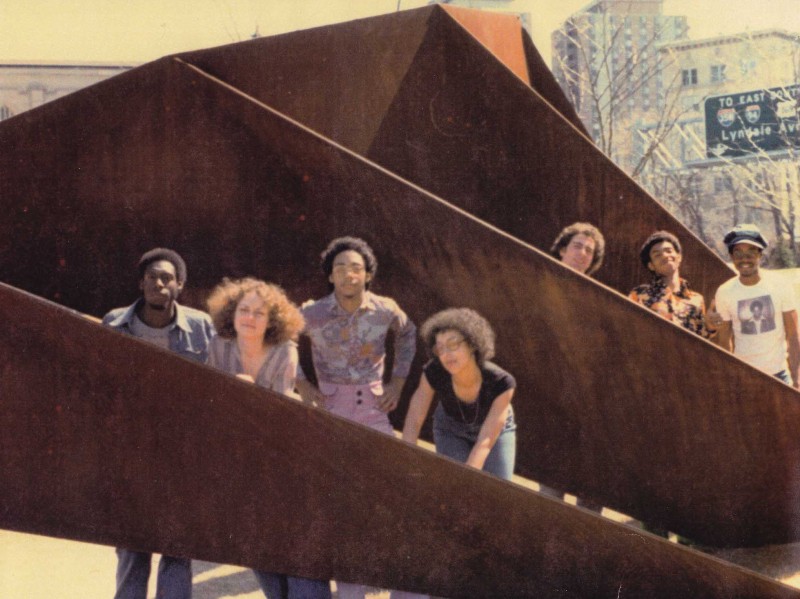 Willie, Ingvoldstad, and Lazenberry moved 94 East’s headquarters out to suburban Maple Grove in 1981, where they continued writing, recording, and developing talent. Still a presence on the city’s scene, Willie enjoyed Maple Grove’s 17 miles of distance from the unannounced jam sessions and after-hours parties that had come to dominate his urban domicile. As many others had done, Willie figured that, after Nelson took off, he could send lifeboats in for the new prince’s inner circle of collaborators. Pepe Willie, however, never saw the flare go off. Nelson would pay tribute to his spell with 94 East only on the never-officially-released “Do Yourself A Favor,” a reimagined version of the Cookhouse Five track “If You See Me.”

Not until the line had gone completely cold in 1985 did Willie team up with Jeff Pink to issue 94 East’s Minneapolis Genius on a fledgling Hot Pink Records. With the nation soaking up Prince’s Purple Rain, Pepe’s disc unleashed the six principle songs that he, Anderson, and Nelson had recorded together between 1975 and 1979. It sold well, but amounts now to an asterisk attached to the towering catalog built by Prince since his 1977 signing with Warner Bros. “I wanted my name to be a Jeopardy question,” Willie confessed. “‘Who was the first producer to produce Prince?’ “Who is Pepe Willie?’...You know what I’m saying?”