As the 1980s came in, Herman Jones had earned his ski-legs on stages inside such lodges as Duluth’s Spirit Mountain and Trollhaugen of Dresser, Wisconsin. In that era, he’d also track lasting and plainly named demos “I Love You” and “Ladie,” despite having arrived at such work by association with combos of more invigorating designation, the Amazers and the Exciters.

When Wilbur Dugas, then an underclassman at St. Paul Mechanic Arts High School, was forced off the Exciters drum stool in 1963 by a broken leg, he left bassist Jimmy Williams, his cousin and guitarist Arthur “Dude” Williams, and guitarist Leroy Hawkins in want of a healthy timekeeper. Hawkins looked no further than next-door neighbor and novice drummer Herman Jones. As a kid, Jones had developed an infatuation with the Elks Club Drum and Bugle Corp, particularly Elks drummers Hubert Eaves and Peachy Brazil, who stood out as citizens in St. Paul’s R&B scene with the Val-Dons and the Trims, respectively. When Jones’ childhood friend Edgar Murphy began taking lessons from Eaves, Jones audited, gleaning a secondhand understanding of drumming’s rudiments. He’d received his first kit at age 12 and, by 15, was well suited for Dugas’ seat among the Exciters. 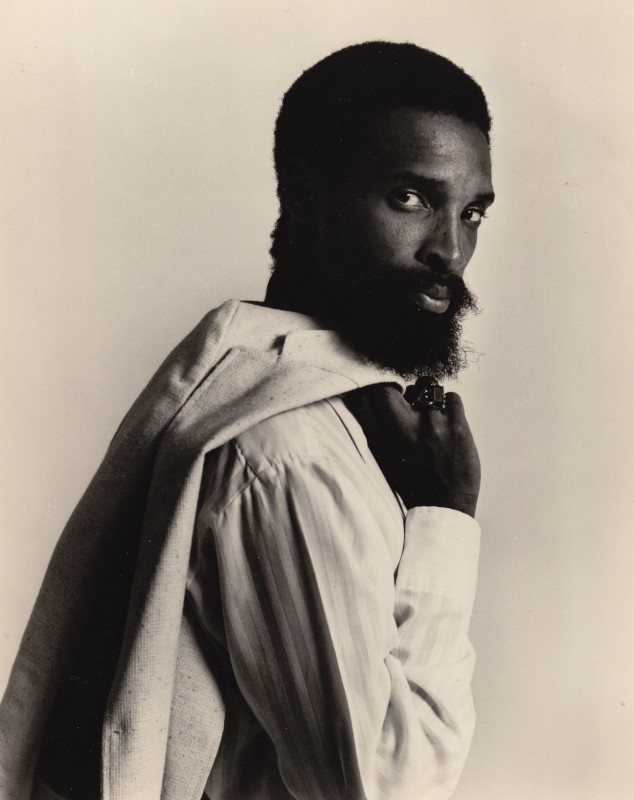 The Exciters would be managed and refined by James Martin, a native of Lawrence, South Carolina, who’d moved to the Twin Cities as a teen in 1955. Singing gospel with the Friendly Five, Martin had witnessed a particularly compelling performance by the Mighty Golden Voices of Dallas, Texas, and exchanged numbers with vocalist Napoleon Crayton. A few years later, with the Golden Voices disbanded and in Chicago, singers Crayton, Billy Barnes, Joe Moore, and guitarist Mike Ray Blackshire dialed up Martin regarding opportunities in the Twin Cities. Martin managed a reconfiguration of the Mighty Golden Voices, who abandoned the sacred for the secular, coming to St. Paul prominence as the Amazers.

For the Twin Cities market, the Exciters, in age and ability, were a junior varsity counterpart to the Amazers. Martin’s association with both acts yielded opening opportunities for the Exciters, as well as mentorships for the group’s young and impressionable players—Herman Jones in particular, who relished teachable moments with Amazers drummer Bill Lordan. Martin took his Amazers to Kay Bank Studios in 1964 to cut the Napoleon Crayton compositions “It’s You For Me” and “Come Back Baby,” released by the studio imprint Bangar (though the resulting disc mistakenly shortened “It’s You For Me” to “It’s For You”). At a chance 1968 encounter with Curtis Mayfield, the Bangar 45’s sample of the Amazers’ abilities compelled the Impression to produce one Amazers single for Thomas Records. 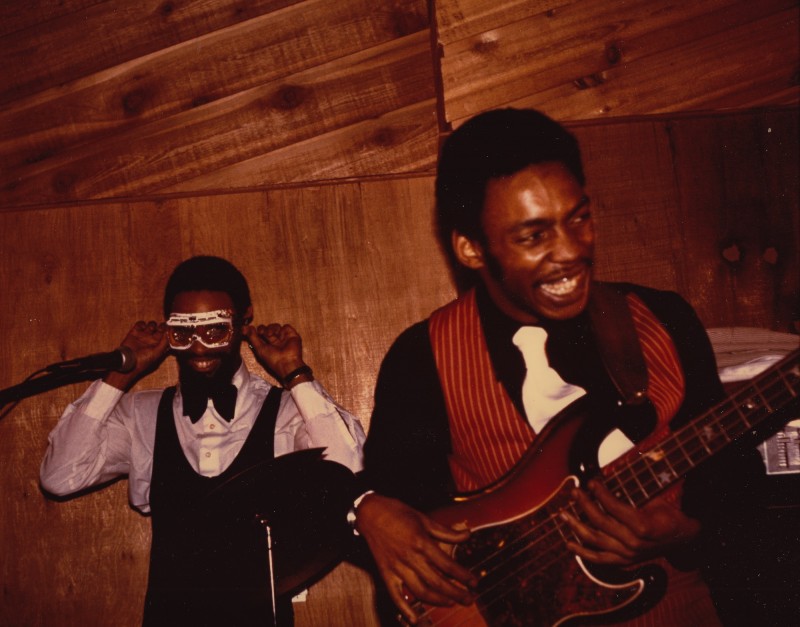 The Exciters created just a fraction of the Amazer’s splash with Mayfield when they visited Muscle Shoals, Alabama, in 1967 at the behest of Goldwax Records. The Memphis label sent the Exciters recordings of O. V. Wright’s Goldwax-pressed “There Goes My Used To Be” and the Beatles’ “Ticket to Ride,” suggesting both as material that might best showcase the vocal talent of lead Exciter “Wee” Willie Walker. The group learned both songs, and Walker was credited sans-Exciters on Goldwax 329, because the prolific imprint chose to utilize Muscle Shoals’ celebrated session musicians over Walker’s adolescent associates. In 1969, though, the Exciters would have their day in the studio, backing radio personality and R&B person of interest Jackie Harris on Black and Proud’s “Do It, To It” b/w “Get Funky, Sweat A Little Bit” offering—actually, just one lengthy track bisected across a single 45. (Incidentally, “Sweat” became “Sweet” on the Black and Proud pressing and on a Westbound records iteration, which saddled the A-side with the repetitive “Do It, Do It” title.) During the opening seconds of “Do It,” Harris asks “Now band—do you want to do it to it?” and Jones’ youthful tenor pierces the mix with an exuberant “Yeah!” fresh out of the box. The passing of Jones’ father left the Exciters managerless, though they’d excite for another year or so before dispersing.

Singing drummer Buddy Miles and 1970’s “Them Changes” surely convinced a multitude of groups to procure boom stands for their timekeepers, among them Herman Jones’ new outfit Zulu. “Them Changes” itself even took slots in Zulu’s up-tempo sets. By the mid-’70s, Herman Jones had backed several prolific vocalists, both as an Exciter and as a hired hand for touring artists Tyrone Davis and Little Johnny Taylor. Jones then turned his attention to songwriting, reincorporating the Exciters as the X-Citers, to avoid confusion with same-named competing groups. During the X-Citers era, Jones would relinquish drum duties permanently in favor of the microphone. 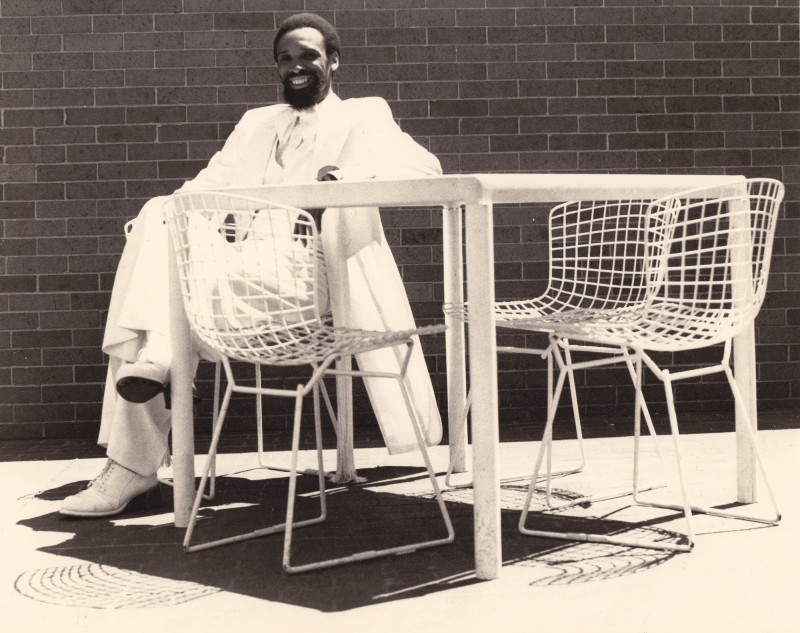 As a front man, Herman Jones pulled out all the stops, loosing a dozen or so years worth of showmanship he’d held pent up behind his kit. He mimed electric guitar licks with microphone stands, gave tabletop serenades to patrons, and mimicked horn solos on kazoo. In a review of Jones’ November 5, 1976, gig at the Hippogriff in St. Louis Park, writer Paul Mordorski reported that the cowboy-clad singer instructed one irritated patron, “Don’t mind me, just knock me down.” Jones confessed to using this line frequently. “But he left off the second part,” Jones said. “which was ‘But the more you drink, the better I sound!’”

Prior to DJ Jack Harris’ arrival at KUXL in 1968, Ray Moss and Jimmy “Fat Daddy” Smith held court at the station. Jones, a friend of Smith’s since high school, kept in touch after Smith’s late ‘70s relocation to Washington, D.C., for a job with CBS Records. By the early ’80s, Jones was tracking demos wherever he could with whatever musicians were available. Haze’s Paul Johnson and Steve Balenger backed Herman in the X-Citers and joined him in the studio circa 1981 for the simple, breezy “I Love You.” Multi-instrumentalist Sonny Thompson was hired to track lead guitar for the ascending keyboard scales of “Ladie”—but he brought only his bass and delivered his solo in slapped-out lower register instead. Lost to history is any other hard fact about participants, corresponding sessions, and studios. In any case, completed tracks were sent via cassette to Smith at CBS, who’d share them with associates along both coasts. Anna Gordy Gaye—wife of Marvin, daughter of Berry—expressed interest in a few Jones songs and offered him a songwriting deal, planning to let other groups work the material. For Jones though, the arrangement felt no closer to his music biz dreams—he declined all offers short of a contract. “Back in those days,” Jones said, “if you had a writer’s deal, you had so many songs a month that you had to give them to keep that deal.” Jones’ compositions tended instead to be slow-cook affairs, rather than the fast-food demanded by a churning music industry. His retreat back toward the whitened hills of Midwestern ski country would eventually win him one of very few lifetime memberships awarded to black patrons of the slopes.