Sometime in the mid-'70s, a young country singer named Kathy Heideman walked into Tiki Studios in San Jose, California to do a job. She was there to record a set of songs written by a woman she'd just met named Dia Joyce. She'd spent the days leading up to the session working out Joyce's chords and melodies, turning over the gently arcane lyrics about cosmic heavenly fathers and living your truth. Along with a band of "three, maybe four" sympathetic players on barroom piano, shuffling drums, bass, and acoustic guitar, Heideman cut a brief, ten-song LP: Move With Love. 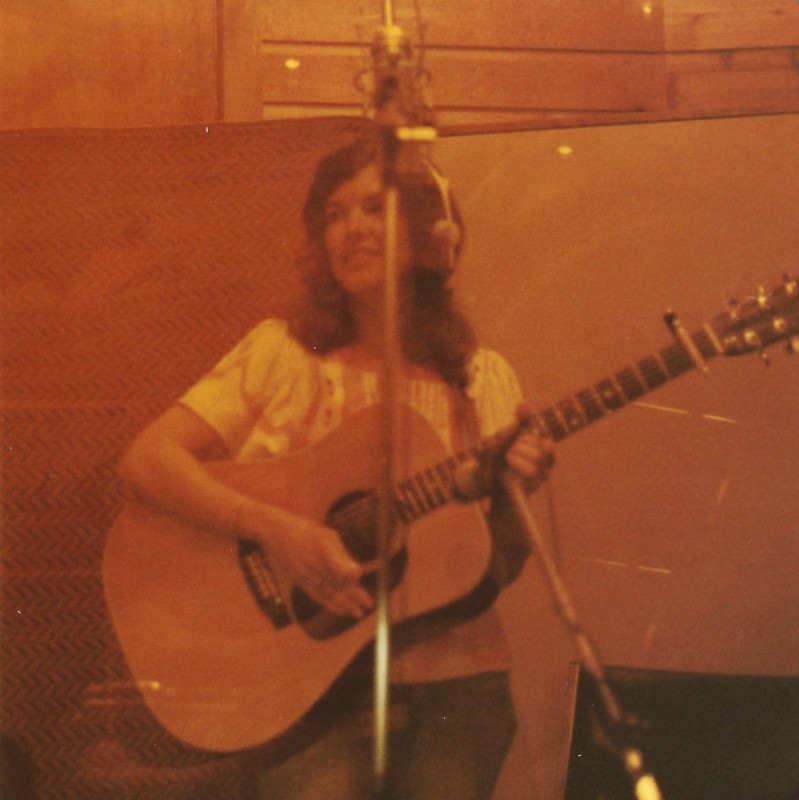 And that was it. Heideman and Joyce parted ways, and their lone collaboration fell into total obscurity. The record, intended as a songwriting demo but barely distributed at all, disappeared. Joyce decided at some point that she didn't like the thing and by her own account burned the master tapes and disposed of most of the small vinyl run. But time has a strange way of unfolding: Around 2007 the band Vetiver's Andy Cabic found a copy of the album in a San Francisco thrift store, and a year later 2008, Kathy Heideman's rendition of Dia Joyce's "Sleep a Million Years" got a new performance by Vetiver with vocals by UK folk-psych legend Vashti Bunyan for the band's Thing of the Past covers album. Future Numero Group A&R Douglas Mcgowan got to know Joyce shortly before she passed in 2010, setting the stage for a 2013 Numero Group reissue of Move With Love, revealing yet another lost folk masterwork for a new generation of listeners.

But Heideman remained elusive. Dozens of late night online search sessions yielded nothing more than a half-remembered rumor of Heideman gigging in Telluride, Colorado. It would not be until mid-2019 when Mcgowan asked Jackie Shane social media manager and San Jose resident Mark Christopher to take a look at early 70s San Jose white pages that a series of clues emerged which quickly led to a Kat James living in Utah. The former Ms. Heideman had mostly forgotten about the record, and surprised to learn the record had taken on a new life in the internet age. 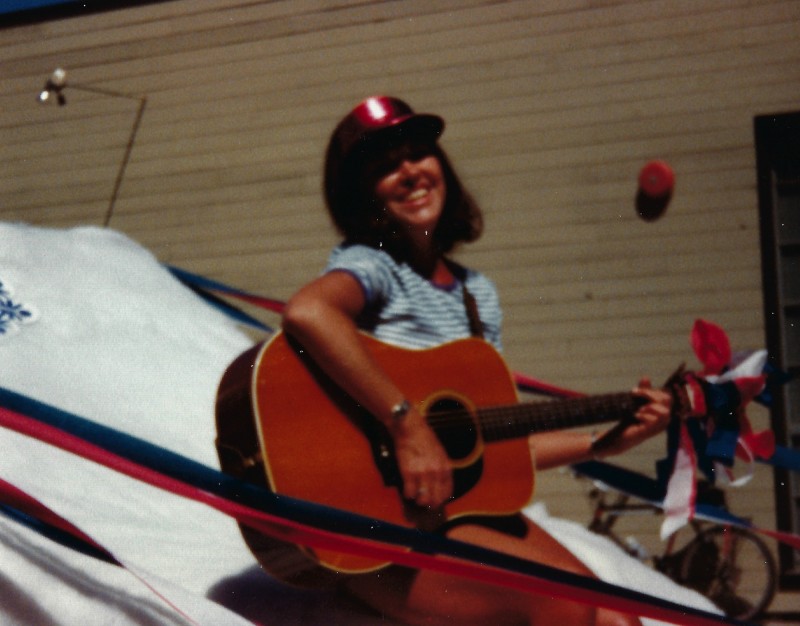 As their divergent paths indicate Heideman and Joyce made for an unlikely pair. Joyce went on to live a genderfluid life with partner Julie, tinkering with odd children's toy concepts and animal rights activism. Heideman continued singing country music, playing in bars using the name James (her musical partner and second husband). She never incorporated the Move With Love songbook in her sets, but now takes great pleasure in asking her Amazon Alexa (she calls the device "Miss A") to pull up selections from Move With Love to play for friends.

"Everybody likes it," Ms. James says from her home in Park City, Utah. And she does too—it reminds her of her days playing local honkytonks recording whenever the opportunity presented itself—but she notes one exception. "The song 'Daddy Do'—I can't stand [that song]," she says. "That is an embarrassing song, you know? It just seems so kindergarten, a little kids' rhyme."

Dia Joyce nearly awarded the gig to someone else. She'd initially inquired about Juice Newton, who'd soon go on to great success as a country/pop crossover artist. Newton and Heideman were both regulars on the local country scene loosely affiliated with Tiki Studios, hanging out, playing in different bands and turning each other on to opportunities when they arose.

"Juice Newton was a friend a mine," Kat James says. "She called me and said there was this woman who'd written some songs and wanted them recorded. This is before Juice got real famous—but [she was] going on the road, so she couldn't do it."

Kathy Heideman auditioned with a few songs to get the gig. She was a fan of Emmylou Harris, Patsy Cline, Linda Ronstadt, and her repertoire reflected those interests. Joyce was impressed enough: she booked time at Tiki, worked up a backing band, and handed over a stack of sheet music.

"I didn't read music that well (I played mostly by ear) but I was able to figure out what was going on with it," James says. She remembers the album being cut over the course of two sessions, with the second requiring some logistical creativity.

"I was playing in Fresno and had to take a plane up to San Jose to go to the studio, then take a plane back so I could play my gig in Fresno," James says. "It was pretty weird, but she and her partner took me to their place and gave me dinner. They were very, very nice people." 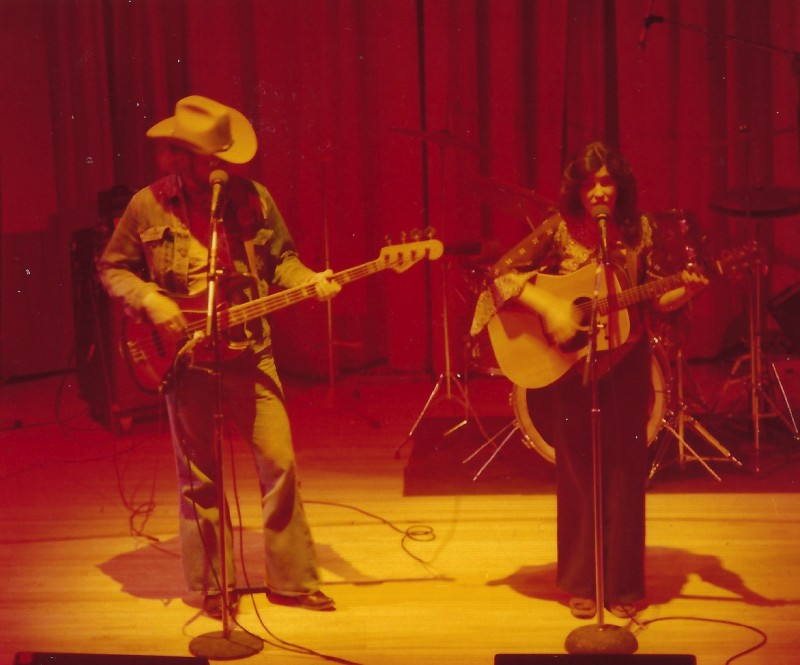 Move With Love's lyrics occasionally veer from swooning declarations of love into metaphysical territory. In "The Earth Won't Hold Me," Dia Joyce wrote and Kathy Heideman sang, "I leap into the moving sun, I feel the heat but I won't burn, I'll use the light for my return."

James says that while Joyce might have been after spiritual transcendence, her concerns at the time were more worldly. "I hate to say it, I did it for the money," she says. "I was a struggling single-mom musician. Somebody said, 'You want to come into the studio?' and I said 'OK.' I did my best, got along pretty well with the sidemen, and we had a couple good afternoons." 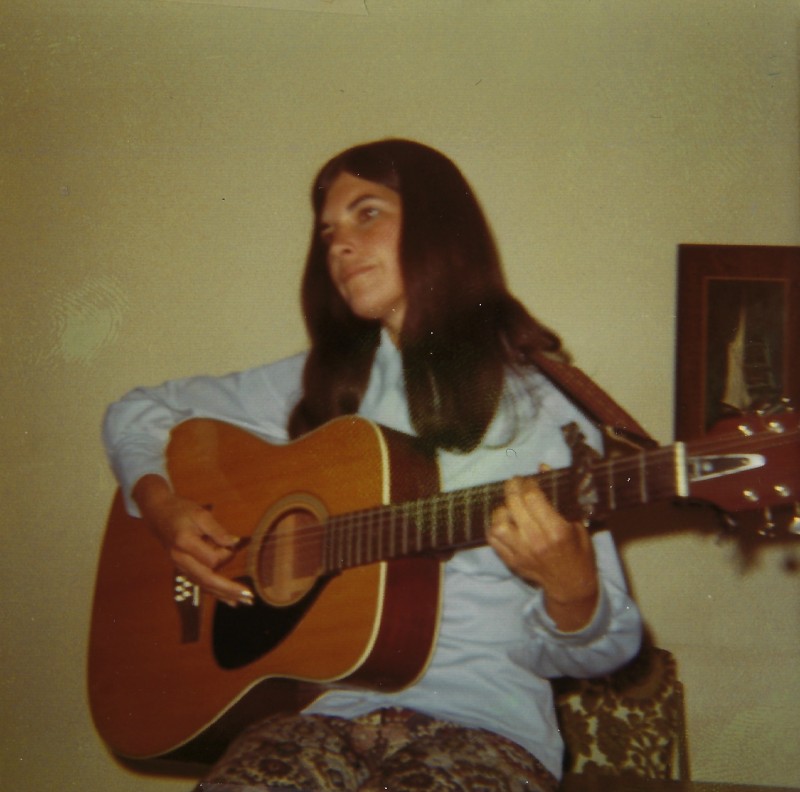 And while she didn't personally relate to the subtle psychedelia of the lyrics, she says the process of the album returning into her life—lauded by strangers on the internet, lusted after by collectors, appearing in various movie soundtracks—has convinced her that something significant happened during those two afternoons in San Jose.

"I was totally taken aback," James says. "It's the strangest thing—that's the psychedelic part."