During 1972’s summer, 13-year-old James Harris III was enrolled in Upward Bound, an enrichment program on the University of Minnesota’s campus designed to help prepare middle-schoolers for a college education. That same summer, Terry Lewis, a 15-year-old track star, had secured a position as an Upward Bound peer tutor, facilitating growth in students a few years his minor. Harris took notice of an electric bass leaned up against his dormitory wall—a bass belonging to Lewis, in fact. “I bought that down at The Way. It was a Fender Jazz. I stripped it down and painted it red, black, and green. It was probably hot,” Lewis confessed. “That’s how instruments changed hands back in the day.” Harris was a musician himself. A drummer in the Bryant Middle School stage band, Harris had begun his professional career at age 10 alongside his piano-playing father James “Cornbread” Harris with Charlie Clark and the Paramounts.

As Upward Bound drew to a close, Terry suggested putting a band together for an approaching dance with instructors Garry Johnson on drums and David Eiland on saxophone, and suggested adding Harris on keyboards. Harris defiantly counted himself a drummer, until he heard Johnson’s advanced playing, at which point he conceded to keys. They drove to a nearby club, snuck Cornbread’s electric piano off the bandstand, and cobbled a setlist out of Stevie Wonder and Tower of Power tunes. At the session’s end, Lewis, Johnson, and Eiland returned their attention to their group Wars of Armageddon, the evolution of which was underway on the north side of town. Harris returned to Bryant. 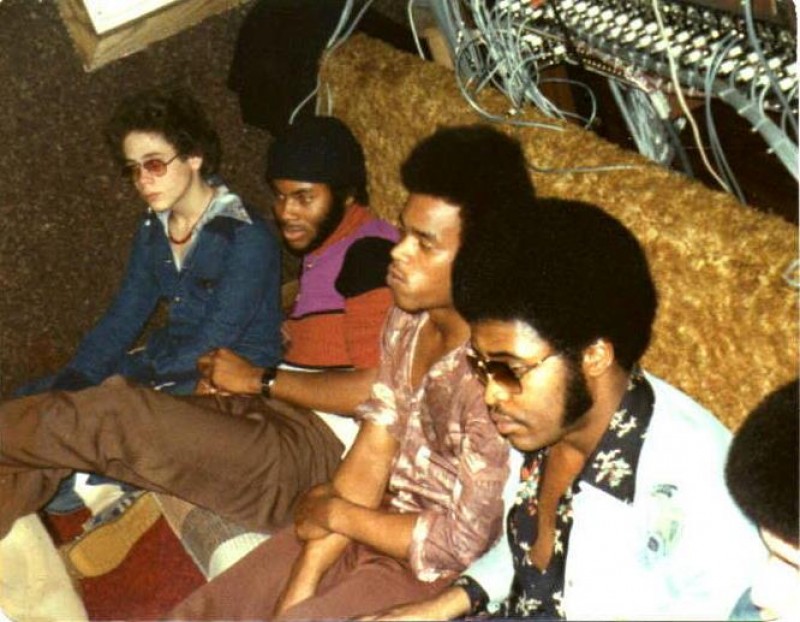 Two years later, as a junior at Washburn High School, Harris was assigned to guidance counselor Michael Dixon, one of 86 desegregation aides brought into Minneapolis’ public school system in 1974 to ease racial tensions amongst students and faculty. Dixon’s office was a former music room, complete with piano, which Harris put to use in backing Dixon’s vocals. With Dixon-issued hall passes, they’d collaborate on songs flecked by Harris’ infatuation with the Philadelphia Sound. Harris befriended Big Brother caseworker Marlin Possehl, who helped assemble and manage the 12-piece band Paradise, bringing along Michael Dixon, his wife Lottie—a former Charlie Clark Paramount.
With Paradise eventually lost, Dixon sought to nurture his songwriting team-up with Harris. A book of poetry, written and published by Dixon’s mother and entitled Mind Over Matter, was one word shy of naming the Dixon/Harris collaboration. In addition to Dixon, Mind & Matter would feature vocals delivered by Lawrence “Sabu” Brown, Glenny “I. Tiim” Hardge, native Philadelphian Turhan Bey, and Everett “Jawanza” Pettiford, each a former member of Afrocentric collective Nation Time. 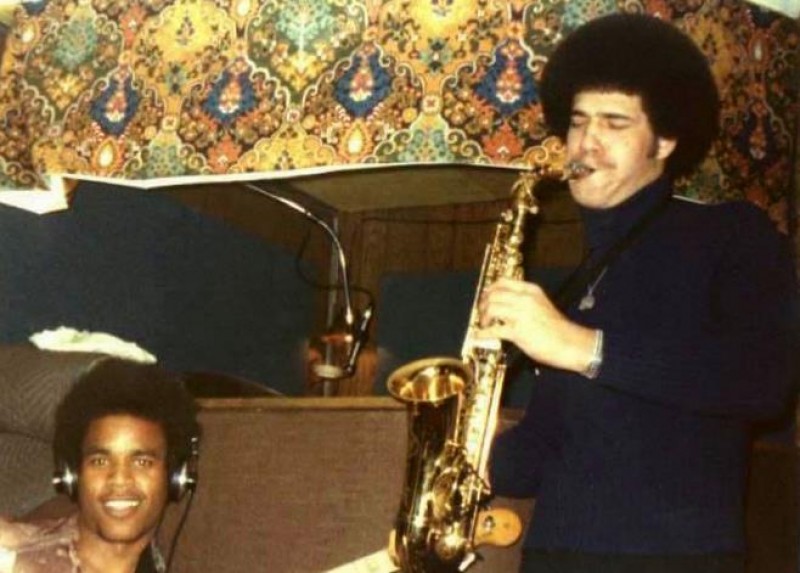 Mind & Matter featuring the M&M Hustlers made their Twin Cities debut at the Dykeman Hotel on January 22, 1977. The Hustlers warmed up crowds with covers, after which Mind & Matter performed their original—and rapidly growing—repertoire. In Brown’s aunt’s basement Possehl recorded nine new compositions—including “No One Else Can Do It To Me Baby,” “Wonder of It All,” “Virgin Lady,” and “Would Be Mine”—all of them with vocals tracked in Brown’s childhood bedroom, hung with blankets for baffling. In March of ’77, the group booked time at Creation Studios on Old Shakopee Road in Bloomington to record “I’m Under Your Spell” and “Sunshine Lady.” Deemed “a pleasing, double-sided delight” by the Insider, the M&M Records release benefitted from unorthodox treatments by producers Harris (credited on the disc as “the Magician”) and Possehl, from playful glockenspiel leads to tranquil nature sounds. Mind & Matter would then appear on the debut installment of Steamroller, a teen production airing on ABC TV affiliate KSTP that showcased local bands in a live setting. For the show, a medley featuring M&M originals “Come On In” and “Disco Child” was choreographed and executed at patriotically-named Greyhound bus station-turned-nightclub Uncle Sam’s, located downtown at the corner of First Avenue and 7th Street.

While Mind & Matter provided support for touring acts Pleasure, Faze-O, and Brass Construction, Harris remained an asset to undermanned studio sessions, primarily at Bob Behr’s St. Paul facility, where he moonlit on recording projects for Joe Juliano, Walter Lewis, and orphaned Midwest Express vocalists Chris Williams, Bruce Pierson, and Daryl Draper. Michael Dixon, retired from the secular circuit, carried his love of songcraft into the church, spurring frequent writing sessions with Harris at First Church of God in Christ, his father-in-law’s parish, at 810 Elmwood Avenue North. In 1978, Dixon and Harris took collaborations “You’re All I Need” and “You’re Everything” to The Studio in St. Paul. With Dixon’s scratch track as a guide, Jimmy played drums, synth bass, and keyboards. Michael re-tracked the lead with spirited backing provided by Lotti Dixon and her sisters Vera Hughes, Earline Lee, and cousins Linda Atlas and Sherri Webb. Released on his own MAD Records, 500 copies of “You’re All I Need,” credited to Michael A. Dixon & J.O.Y. (standing for Jesus, Others, and You), were pressed by Sound 80. Hearing something altogether new in his own record, Dixon shipped a majority of the pressing to his St. Louis, Missouri, hometown, where favorable demographics helped sell off a payload of synthy singles in a matter of weeks. “These negroes here didn’t believe in me—I was before my time,” Dixon said. “So I said, forget Minneapolis....There’s a scripture that says a prophet is not honored in his own home. I don’t have the greatest voice, but my passion was there, and that’s why Jimmy stuck with me.” 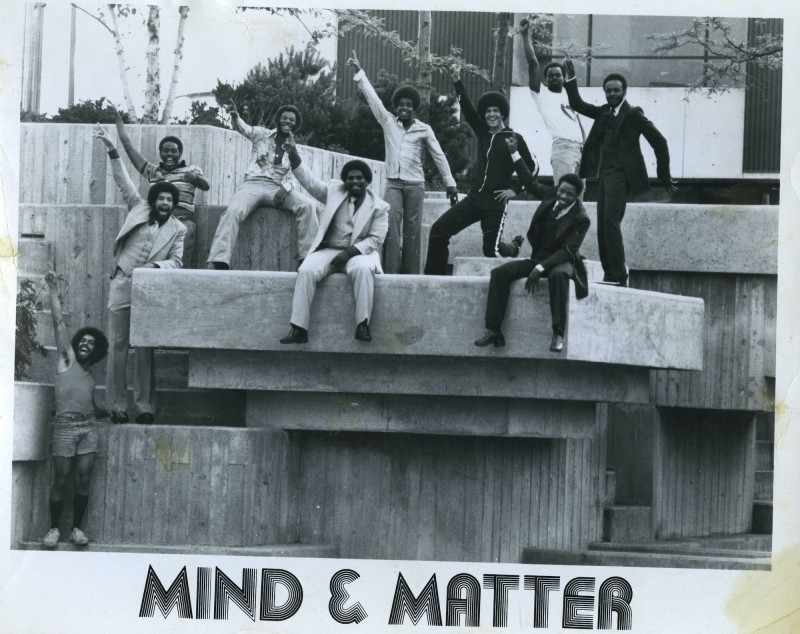 Mind & Matter, on the other hand, were less able to move product. As had many before them, the group felt they’d worn out their welcome in the few Minneapolis clubs that catered to black artists and black clientele. Possehl’s frustrations with the region’s reluctance to fully embrace the 11-piece were common among Twin Cities R&B acts. As he related it in December 1978 to Musician’s Insider, “I had to go to Cincinnati because they were interested in music from this part of the country, and there was a bigger black market there....Blacks make up a very small portion of the population in Minnesota. Still, with the origins of disco being mostly in black music, it seems strange more black bands don’t get work playing that music live.”

Not yet 20 years old, the upward-bound Harris was committed to his craft in a capacity that couldn't be matched by all of Mind & Matter’s hustlers. For most, careers outside music called; rents were due and young mouths had to be fed. Offered six weeks of shows in Canada, much of the membership—Harris included—voted against the profitable trip north of the border. Jimmy Harris’ final appearance with Mind & Matter came from the side of the stage, at the band’s final performance—1980’s Phyllis Wheatley Festival. 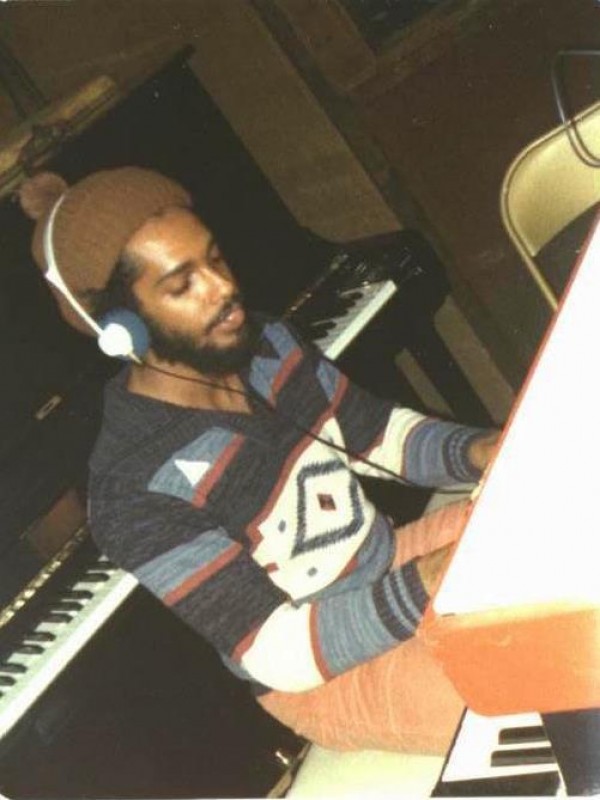 After years watching DJs replace live bands in Minneapolis clubs, Harris himself crossed the stage-to-booth picket line. Spinning off-nights at the Fox Trap generated Harris sizable buzz, leading to his job at Hot Licks Records, and a tip sheet he ran for DJs. Only one obstacle remained: his name, according to a Fox Trap bartender known only as Delfonic. As Harris told it:

[Delfonic said] ‘Hey man, you got to do something about your name. When people ask me who the DJ is, I want to be able to tell them something—Jimmy Harris doesn’t really do it.’ And he started doing, like, a rap. He said, ‘You know, it should be like Jimmy Jam! Pots and pans! Shake my hand!....So I’m gonna tell the people—if anybody asks me who the DJ is, I’m gonna tell ’em Jimmy Jam.’ And I said ‘Okay, that’s fine.’