Late in February, 1977, University of Minnesota students Larry Falk and Lisa Henrickson traveled to Chris Moon’s Moonsound Studios on assignment for campus paper The Minnesota Daily. Falk, the photographer, and Henrickson, the reporter, had been briefed on a project in which a teenaged local musician—younger even than themselves—was singlehandedly tracking his own demo, performing on a multitude of instruments as he went. Owen Husney, the phenom’s manager, gently directed Falk’s photo shoot, leading the student journalists through Moonsound’s live room, where Prince Nelson kept hard at work. Henrickson came off as confident as Nelson in her report for the Daily: “This kid wants to be a major national recording star....He’s got his program pretty well worked out and the wheels are in motion. From where he and his manager are sitting, it’s only a matter of time.” One of Falk’s images—depicting Prince Nelson on Stratocaster and in full afro, turtleneck, and bellbottoms, flanked in Moonsound’s tracking room by mic stands and a dormant Fender Rhodes—seemed to predict even more.

Prince Nelson had come to Moonsound by way of Grand Central, the quintet he formed in high school that included bassist Andre Anderson and his keyboardist sister Linda, drummer Morris Day, and percussionist William Daughty, which had sought out the Lake of the Isles facility for its agreeable rates. At the time, though, Grand Central were wholly unpolished kids, portrayed by one faded consumer Kodak print as a motley basement Santana in hooded sweatshirts and polyester slacks: latter-day icons of dress André Cymone and Prince as Kmart-clad kids. 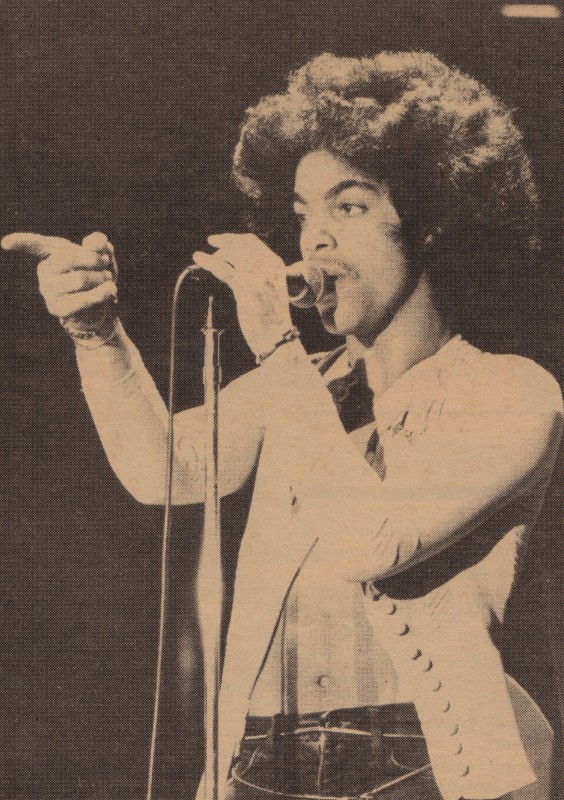 The British-born Chris Moon arrived in Minneapolis as a teen. He’d begun his career in recording at 17 as an agent of vocational training firm Wilson Learning, where he worked fulltime duplicating educational and instructional cassettes. Moon spent lunch breaks logging time with house engineer Alan Herman, who tracked, mixed, and edited hours of stultifying workplace seminars. When Wilson Learning relocated in 1970, Moon was there to disassemble and rewire the entire facility from the ground up.

Moon’s father was Vice President of Advertising for Minneapolis-based Northwest Airlines. The perk for Chris—still a minor, just barely—was complimentary airfare through his 18th birthday. Just shy of that milestone, Chris booked a trip to Hong Kong, where he purchased a TEAC 4-channel reel-to-reel and a Topcon 35mm camera. After setting up the multitrack recorder in his basement at 28th and Portland in South Minneapolis, Moon took to tracking groups for free—requiring only that they show up with a reel of tape under their arm. His clientele leaned rock, but within a year he’d begin combing clubs on the fringes of town for more diverse fare. As his local stock rose, Moon invested in more sophisticated equipment for his facility, christening Moonsound Studios in 1970, and raising his rates in $5 increments until his services and revenues rivaled those of other area firms.

Moon, not a musician himself, was eager to collaborate with his clientele. Maridi Holmes—a Gary, Indiana, transplant who’d landed in the Twin Cities in 1972 to fill a keyboard position with St. Paul’s Midwest Express—was an early client at Moon’s studio. “Moon was the person that—okay, you’ve got the song done, it’s 99% complete, and you just need that 1% to top it off. Chris could bring that 1%,” Holmes said. “He was kind of a quiet genius in that way.” An ideas man, Moon judged most of his customers lyrically underwhelming; he’d pen replacement lyrics for them, though one condition applied: Should any resulting song gain attention outside Moonsound’s confines, both parties would split the proceeds. 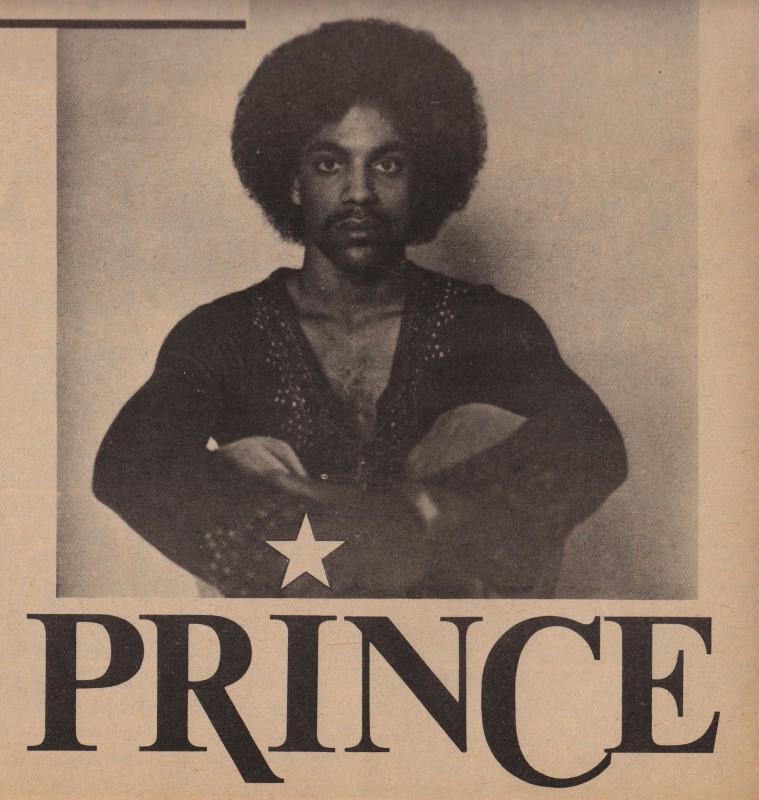 During Moon’s active search for capable conspirators, Grand Central exchanged their after-school earnings for hours at Moonsound. When one session broke for ice cream at a nearby 31 Flavors, Nelson stayed behind; from inside the booth, Moon caught the big-haired talent waxing proficient on each of the live room’s instruments. As Grand Central packed up, Moon pitched Nelson on a bargain: Moon would exploit the teen’s musical dexterity for commercial work at Moonsound, while Nelson would get free reign in the studio. Then and there, Chris Moon handed a 16-year-old wunderkind the keys to his studio.

In Nelson, Moonsound got a one-man rhythm section; in Moonsound, Nelson got unfettered access to invaluable tools. Chris Moon typically left three sets of lyrics on the piano bench every morning before work, encouraging Nelson to cobble from the words as he saw fit. In the winter of 1976, Moon contacted ad-man Owen Husney, expressly to put Nelson’s emergent reel on his radar. In the dozen years or so since his garage rock debut with the High Spirits, Husney cultivated and maintained a number of industry ties in addition to founding a successful firm in The Ad Company. Snowed by the one-man jams, Husney signed on to manage Nelson. Only months later, he’d dial up The Minnesota Daily about his new client, now going by just one name. “No last name, and please, no ‘the’ prefix,” the Henrickson clarified. “Just Prince.”

Moonsound’s increased gravity pulled in Aura, a group whose personalities and tastes had changed considerably in the two years since their self-released 45 under the Cohesion banner. Moon and Aura cohered instantly: “Ronnie Robbins was this big, jovial guy, really a lovely fellow,” Moon said. “Rocky Garrity was this short, compact cat. He was the Fonz. John Rivers was thoughtful, and handled the business side...just an easygoing guy.” They arrived at Moonsound toting the Ronnie Robbins composition “Taste Of Love,” which exuded a sophistication not hinted at by their Sound 80 suite. 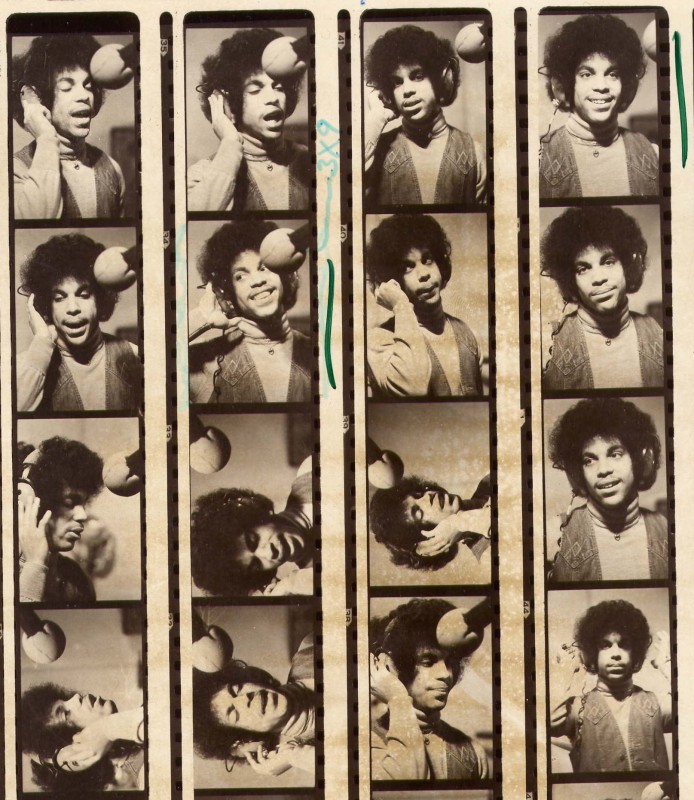 Emma Jean Rivers, newly wed to bassist John, stepped in vocally to counterpoint Ronnie’s savory tenor. After tracking a version with the original Cohesion horns, Moon sought a more unified brass section. He brought in the Westwood Horns (saxophonist Bill Gaskill and trumpeter Terry Halvorson), alongside future New Power Generation trumpeter Dave Jensen, to putty up “Taste Of Love.” With a functional pass on tape, Moon brought Robbins and Rivers in to A/B the old and new results. Aura would coalesce around Robbins, Rivers, drummer Garrity, and the Westwood Horns, backing the likes of Alexander O’Neal and Sue Ann Carwell on a series of Moon-tracked demos. “Taste Of Love” and the Gaskill-penned “Baby” were relegated to Moonsound’s dark side.

“Because of my success with Prince,” Moon said, “people would walk through my door and say, ‘Package me up!’” The studio had generated much buzz locally among groups and individuals looking to tread in Nelson’s footsteps. Even so, the brilliant lights of a sound to come—many of which Moon and Moonsound helped deflect light toward—lurked for a time in relative shadow. As late as 1977, fashion-show club photography snapped by local photojournalist Charles Chamblis unknowingly caught the ripening André Cymone on bass, Morris Day on drums, and Prince Nelson nestled meekly behind his Farfisa, deep in the frame’s background, while anonymous models hustled slick menswear and melon-hued finery upstage. But sheer talent on the periphery was hardly content to stay sidelined. Moonsound boosted a litany of Minneapolis musicians; it reverberated furthest in assisting Prince Rogers Nelson, who’d unlock no less than a new era of Midwest pop with his preternatural gifts and a spare set of studio keys.