After flipping their car on a snowy stretch of road between Fargo, North Dakota, and their hometown of St. Paul, Minneapolis, Pierre and Andre Lewis did what any brothers would’ve done after a near-death experience—they fought each other.

Just hours prior, they’d been smoking and snorting their way around an afterparty for a 1978 gig they’d just completed with Twin Cities saxophonist and musical activist Morris Wilson. Older and more sober, Wilson informed his organist and bassist that the Morris Wilson quartet would be exiting the rambunctious affair immediately, to begin a four-hour caravan back to the Twin Cities through the teeth of an oncoming blizzard. Road visibility went south quickly, but the risk of getting rear-ended was scarier to the faded Lewis brothers, who pressed on through aggressive snowfall. A few hours in, Pierre snapped awake to find his brother snoring at the wheel as their green 1975 Buick Century veered off paved road, plowing through upright stakes in the thoroughfare. The sedan upended and landed right-side-up against a fence. Both brothers exited; fisticuffs ensued. 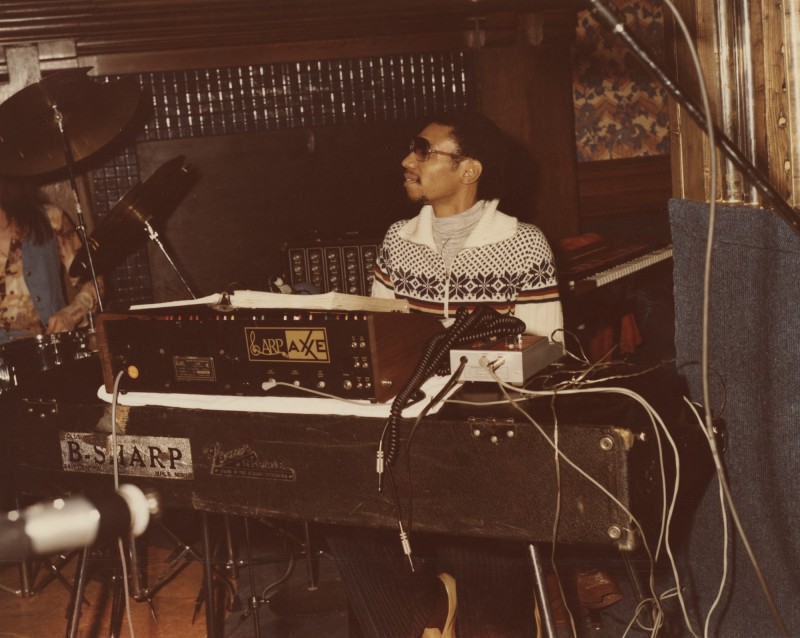 In minutes, a trucker pulled up to survey the wreckage. Pierre—Andre’s elder by a year and change—discovered he’d lost a tooth in the brotherly altercation. Regarding the accordioned automobile, Pierre reacted practically. “I’m never going to get any pussy now!” he exclaimed. “I look like Leon Spinks, and now I don’t even have a car!” The truck driver took the dazed Lewises to the nearest hospital, where they received a clean bill of health. No such luck for the totaled Century.

For the first time in their adult lives, neither Andre nor Pierre were members of any consistently performing musical group: Andre had taken bit roles in a post-Prince Shampayne and a constantly evolving Enterprise Band of Pleasure; Pierre’s flagship ensemble the Family had disintegrated after a four-month stand in New Mexico, leaving him with abundant free time. They’d begun laying down tracks for a demo, shaving off portions of their musician’s wages to pay for studio time. As for their insurance claim, the brothers co-wrote an imaginative list of items ruined in their wreck—suits, synthesizers, and pricey gear they’d never have realistically afforded on their hand-to-mouth wages. When the payout arrived, their lagging demo got the adrenaline shot it needed. After scoring new used wheels, they allocated the rest of the funds for studio time, heading toward what turned out to be their budding opus. 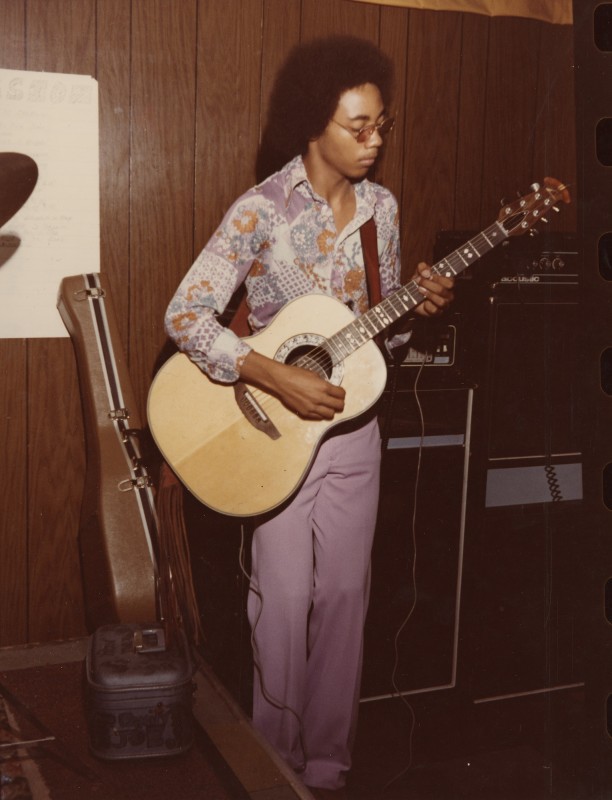 Pierre and Andre Lewis had grown up at the corner of Oxford and Iglehart, one block from St. Paul’s Central High. With the boys still young, Geraldine Lewis, their mother, bought an entry-level organ, presumably to drown out their father William’s trumpet playing. By his own admission, Pierre was a slow learner; years passed before the keyboard made any sense to him. After a compelling performance by church organist Carl Walker, Geraldine approached him about providing lessons for her sons. Walker, then years from chartering St. Paul’s Walker West Music Academy, enriched the Lewis boys’ lessons with theory and technique, connecting dots between gospel and funk. One afternoon, Ronnie Scott, organist for Maurice McKinnies and the Champions, stopped by the Lewis home just long enough to drag his mohair sleeves across the family organ’s drawbars for a fiery display of extraordinary playing. The Champions 45 “Sock-A-Poo-Poo ’69 (Parts 1 & 2)”—likely a 1969 release—had gotten some rotation on the Lewis hi-fi, and Scott’s living room cameo seriously motivated the Lewis brothers toward well-dressed careers in music.

Meanwhile, neighborhood groups were sprouting; Pierre played with some and witnessed others. He habitually showed up at the home of Paul and Peter Johnson well before any of Haze’s other members arrived for rehearsals. “I used to follow them around like a puppy dog,” Pierre confessed. As a high schooler, Pierre found camaraderie amongst a group of young musicians gathering at The Way Community Center in North Minneapolis. At The Way, Pierre began his tenure playing saxophone with house band the Family, complimenting Bill Perry’s alto and Jeff Tresvant’s trumpet. A solid year passed before Pierre relocated his bulky keyboard, a Hammond B3, from his father’s home to The Way. By most accounts, the Family was the band to beat during talent shows and outdoor festivals, even for talented troupes like Flyte Tyme, Grand Central, and Cohesion. After the Family’s dissolution, Pierre held down the organ bench for Flyte Tyme, although when powerful Flyte Tyme vocalist Cynthia Johnson hitched her “Funkytown” ride aboard Lipps, Inc., Pierre saw the writing on Flyte Tyme’s wall. 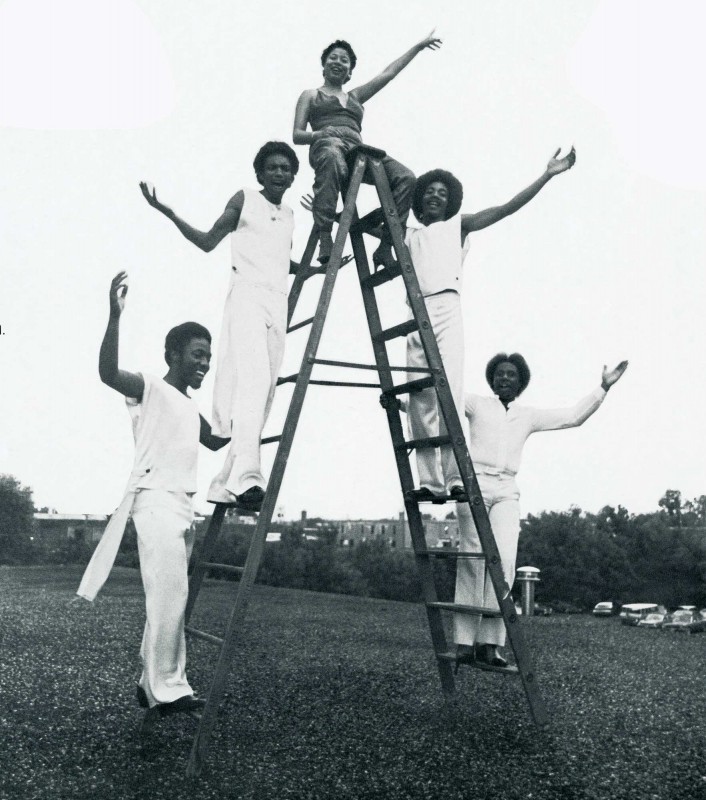 The Lewis Connection—Pierre’s next endeavor and primarily a studio concern—would field a roster in constant flux, despite the unity implied by its name. The band tracked “Mr. G”—named after Morris Day’s dark-furred standard poodle—with Chucky Adams on drums just this once and the Lewis siblings on most everything else. Richard Lowe kept time for the remaining Lewis Connection sessions, alongside trumpeter David Wright and saxophonists Richard Hicks and Aaron Weatherspoon, known collectively as the Sherlock Horns and featured prominently on the sprightly “Higher.” Sonny Thompson, bass player with the Family, penned lyrics and sang lead on tracks whose robust arrangements allowed for vocals—roughly half of them, in other words. Though “Get Up” would open the Lewis Connection’s self-titled 1979 LP, it had been tracked last, at Moonsound, which offered the Lewises the most favorable rates. Moonsound’s photographic facilities also allowed studio owner Chris Moon to shoot, develop, and print the jacket’s two black-and-white images, both of which put “Get Up” lead vocalist Barbara Bolar on display. The cover was shot at the Black Forest Inn on Nicollet, while the posed ladder shoot on the reverse happened on Moonsound’s very own gravel roof, moments after the band finished tracking “Get Up.”

Still burning through car wreck coverage funds, the Lewis Connection paused in its recording tear with five tracks safely in the can. One cut shy of an LP, Pierre looked to Sound 80, where an outstanding tab racked up by his previous outfit, the Family, stood between him and “Got to Be Something Here,” abandoned a few years earlier. The Family’s informal understanding was that whoever got the recording out of hock could use it as they pleased. Like most of the songs on the Lewis Connection reel, “Got to Be Something Here” featured the freaky pleading of Sonny Thompson, making it a fitting addition to the record. On the day they’d taped “Got to Be Something Here,” the Family had embellished its tried-and-true lineup slightly: Prince Rogers Nelson, out of Grand Central in 1977, provided guitar and backing vocals. Though Nelson’s gifts were apparent, the Family already had a guitarist in Michael Barber, and the group’s amassed egos might’ve cowed a timid newcomer like Nelson. Still, the tender strumming of Nelson—somewhat less noteworthy than his dexterous work for Pepe Willie’s 94 East sessions—can be heard underneath “Got to Be Something Here.” When it finally hit shelves in 1979, an entire year after the prodigal son’s major label debut, The Lewis Conection acknowledged simply Prince—no Rogers, no Nelson—for his barely discernible improvements to the Side Two opener.

Concerning the missing letter “N” from the Lewis Connection LP’s front cover, several advertisements placed in the Minneapolis Spokesman prove the omission, at worst, a consistent typo. In their record’s wake, the Lewis Connection gigged frequently, but struggled to find a female fixture for vocals. Alongside Bolar, Germain Brooks of the Girls and Sue Ann Carwell both enjoyed lead diva stints. When Andre Lewis was offered an overseas gig backing Precious Wilson during her Swiss chart-climb of 1980, he took it, effectively severing the Lewis Connection’s motivating bond.