Trey Gruber had a vitality that latched onto every facet of his music. He wrote sensitive and devastating songs performed with his band Parent, an outfit with a revolving cast of musicians. Instead of the "pizza, beer, and rock & roll" garage rock that's popular in the Chicago's music community, Gruber gravitated towards quieter, more introspective songs that, as he put it, "touch you on a different level." Parent's frequent and impassioned performances at venues like Thalia Hall, Lincoln Hall, The Hideout, and The Empty Bottle made them an essential part of the local music community.

In September of 2017, Gruber tragically died after a years-long battle with alcohol and heroin addiction. He was 26. His passing rocked the tightly-knit Chicago music community and the tragedy of losing his undeniable talent was bolstered by the absence of his generosity, empathy, and gentleness to his friends and family. Though Parent had only released one song publicly, the tender and unflinchingly honest “I Tried,” Gruber left a wealth of recordings and unfinished songs recovered by his family and friends. 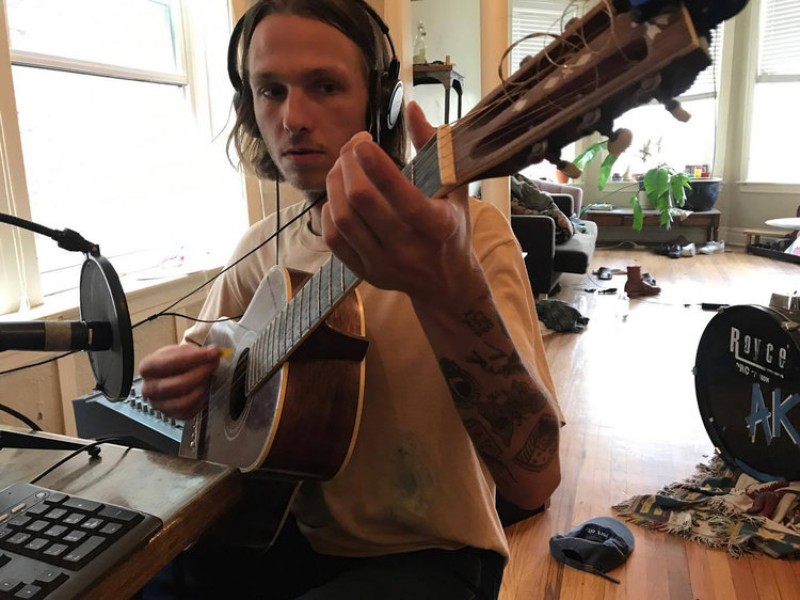 Over the past year, his partner Jessica Viscius (Bunny) and his mother Désirée Gruber, have filtered through hundreds of demos to assemble the posthumous compilation Herculean House of Cards. With the help of his bandmates and collaborators like his cousin and Parent guitarist Garret Knisley, engineer Paul Cherry, drummer Tyler Bixby (Charlie Reed) and his bassist Justin Vittori (Knox Fortune, Grapetooth), the 26-song, 2xLP covers years of material, from home tape recordings, sessions at Mathew Roberts (Mild High Club) & Paul Cherry's home studio, to a studio session with Charles Glanders (Whitney) at Chicago's Foxhall Studios, along with audio taken at The Hideout during his last live performance, among others.

Though Gruber was an unrelenting perfectionist who was constantly self-deprecating about his best demos, Herculean House of Cards is a wholly comprehensive and accurate reflection of his infectious charisma and raw songwriting. He had a charmingly distinct way with words but also could be disarmingly vulnerable like on “Momma’s Way” where he sings of his “Leftover heart and eggshell mind” before setting up a heart-wrenching scene with, "The Narcan shot/Hospital cot/She sat on the bed/Sadness was worn like jewelry.”

Like he was in life, Gruber never shied away from being open with his struggles with alcoholism and addiction. On the vivid opener “Eisenhower to the West Side,” he sings in painstaking detail of, "A jail-skin cell, a junkies fight/Corner-boys full of grace/And Jesus Christ full of spite.” He told then-future bandmate flautist Rebecca Ridge, “It’s not some Lou Reed glorification of drugs — ‘makes me feel like a man’— I talk about the disconnect and the ugliness. They’re sad pop songs.” But even with the pain and the darkness in his lyrics, Gruber’s songs had an unmistakable sense of hope and catharsis. Songs like the buoyant “Summer City” are teeming with life and a whole wealth of tracks, like the wholehearted “Jess” and the warm “Momma’s Way” deal with his relationships.

It’s not some Lou Reed glorification of drugs — ‘makes me feel like a man’— I talk about the disconnect and the ugliness. They’re sad pop songs.

Raised in New Vienna, Ohio, a small town of just over 1000 people situated an hour east of Cincinnati, Gruber grew up working on his parent’s farm and playing music. At an early age, he taught himself guitar, drums, and later banjo and piano. He immersed himself on a steady diet of classic country and folk (Michael Hurley, Townes Van Zandt, David Allan Coe), hardcore punk (Minor Threat, Black Flag, Bad Brains) and later The Band, Elton John, and Paul Simon. After he turned 18, he left home with stints in Cincinnati, Chicago, and the South. He was in-and-out of long-term treatment centers, keeping him in transit until he settled back in Chicago, where he’d stay.

As Gruber performed more and more, the song "Hammer Out The Edges" became an emotional centerpiece of the band's set, which is included as a bonus track on Herculean House of Cards. Here, he's clear-eyed and heartbreakingly observant when he sings, "I should probably call my mother/I’m sure she’s worried sick/In the past when I don’t call her/It means I’m back on the shit." But even with the darkness, the track is six cathartic minutes that sums up Gruber's indisputable resilience as a songwriter and person. He sings, "Bang around the edges now/I try and fix it up/And it all falls to pieces/Oh I try to pick ‘em up." —Josh Terry 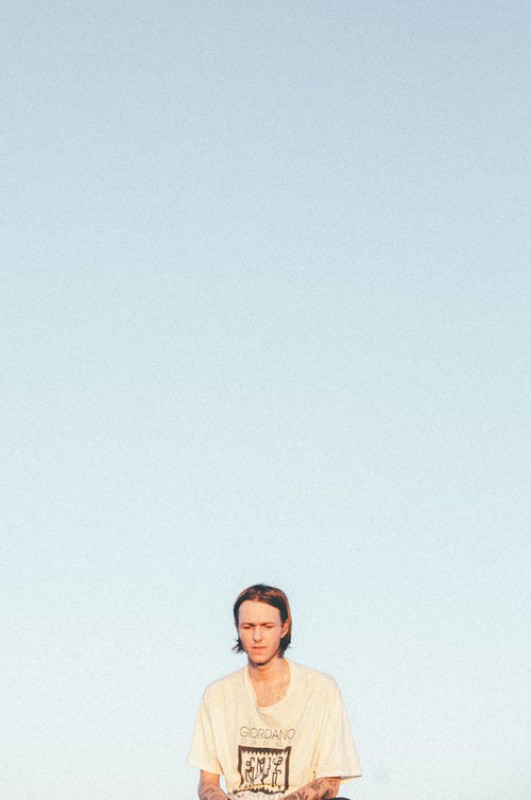