The second issue of our semi-annual publication Periodical Numerical continues the mission of diving deeper into the vast Numero Group universes. Edited by Numero’s west coast A&R head/new age guru Douglas Mcgowan, The New Age Issue is not a collection your usual muddle-headed, what’s-the-point circa 2019 music writing, but a deeply informed look at all of the new age artists and records in the fabled Numero catalog. The full color, perfect bound issue begins with a rarely-seen 1983 essay on the genre by the legendary Iasos, followed with choice nugs like “Growing Up Syntonic” by Environments creator Irv Teibel’s daughter Jennifer Ballow, profiles on Alex Johnson, Don Slepian and David Casper, and never before seen writings by such luminaries as Jordan de la Sierra and Joanna Brouk. Interview with Laraaji? Sure, we’ve got it. First ever interview with the illusive and mysterious Wilburn Burchette? We’ve got that too. 78 copiously illustrated pages of real content. All killer, no filler.

From A Perspective on New Age Music by Iasos, written in 1983:

As many readers well know, our planet is now in the midst of a vibrational up-shift. Everything in the universe is growth and evolution: a rock evolving into a diamond, a human evolving into an Ascended Master, a great Central Sun for a whole galaxy. So everything in our galaxy is now in the process of accelerating its vibrations, in consciousness as well as in matter, to a higher step, in the infinite ladder towards endless approximations of the infinite perfection. Although the other planets in this system are ready for this up-shift, earth happens not to be. Unfortunately, at this time, many souls on earth have vibrations that are not yet rapid enough to be compatible with the vibration our planet will be entering. Those souls that are not ready for the higher vibrations will lovingly find themselves on some other planet more appropriate for the type of vibrations they choose to manifest. But that will certainly not be earth. Only those souls ready in consciousness and spiritual maturity will qualify to reside on earth as it becomes a spiritual class-room on a more evolved level. Out of mercy and compassion for all those earth souls not ready to make the leap, currently a TREMENDOUS effort towards accelerated spiritual growth is happening with volunteers from all over the galaxy; it is hoped to “bloom” as many earth souls as possible, in the remaining short period of time. This is a wonderful opportunity for accelerated spiritual growth, and those that choose to miss the boat will be spending a rather vast amount of time reviewing similar lessons on other planetary school-rooms. (The single biggest qualification necessary to pass is love in your aura). 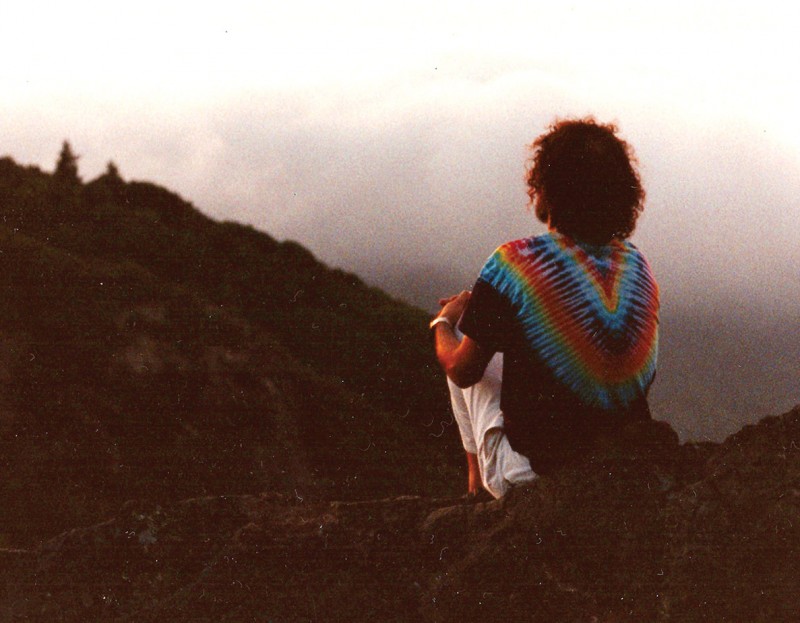 From Growing Up Syntonic by Jennifer Ballow, CEO of Syntonic Research Inc and daughter of field recordist Irv Teibel.

It wasn’t until I was a teenager that I really started to understand and appreciate the impact of his work. When I was about 12 or 13 he showed me his big book of press clippings, and I remember saying wow dad—you did this? He had major pub mentions and features in The New York Times, Rolling Stone, The Los Angeles Times, Playboy… and I just thought it was fascinating. I remember thinking he was a little different from my friends’ dads and that was OK with me; he was definitely the ‘cool’ dad after he showed me that book. He had pictures of himself standing next to Atlantic record executives when he signed with them in the early ’60s—I just thought he was like a mini-rock star. And that was a time when rock-n-roll—specifically stuff from the ’60s like Janis Joplin, Jimi Hendrix and Jim Morrison were really fascinating to me, so I kind-of equated him with one of those folks. 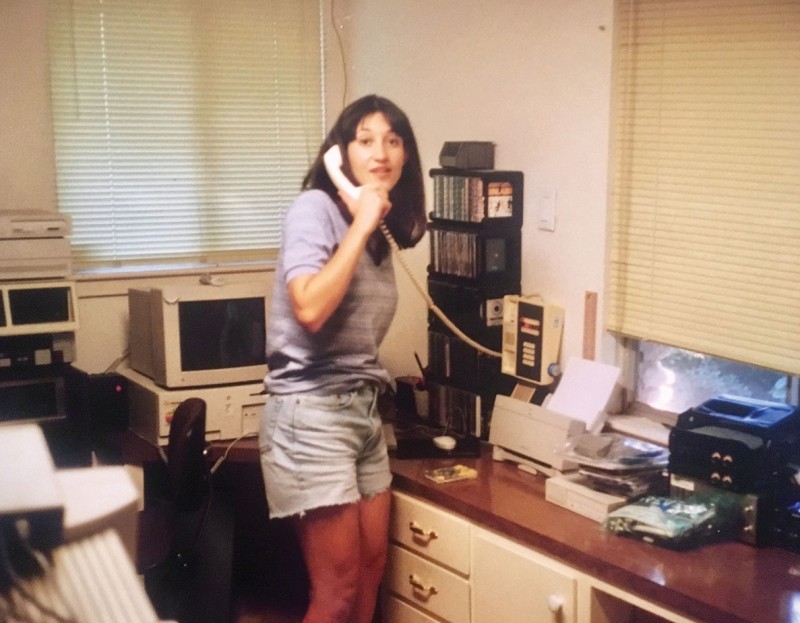 From Burundi warrior drumming to Yankee Doodle, music has long been a tool of war. During the Gulf War heavy metal was used to torture prisoners at Abu Ghraib.

A counterpoint to this is Alex Johnson’s ambient opus Operation Oasis, originally released on cassette in 1991. The albums were wrapped in a yellow ribbon and sent over to American reserve troops deployed during the Gulf War with the intention that the music would act as an audio healing tonic to relieve the stress that soldiers, doctors, engineers, cooks, and other workers experienced in that brutal circumstance.

When the war broke out in the early ’90s, Johnson was managing a military PX store in Fort Lawton in the middle of Seattle, and many of his co-workers and friends were unexpectedly deployed and sent over to Iraq and Kuwait. He wanted to help with a civil expression of support, and after some thought realized that the one gift he was able to contribute was music. The cassettes were quickly manufactured, and every step of the process, from the dubbing to the artwork was donated by people who also wanted to support the effort. Through his connections, he was able to send the albums over with food, medicine and other military supplies which were distributed to the troops and workers overseas. 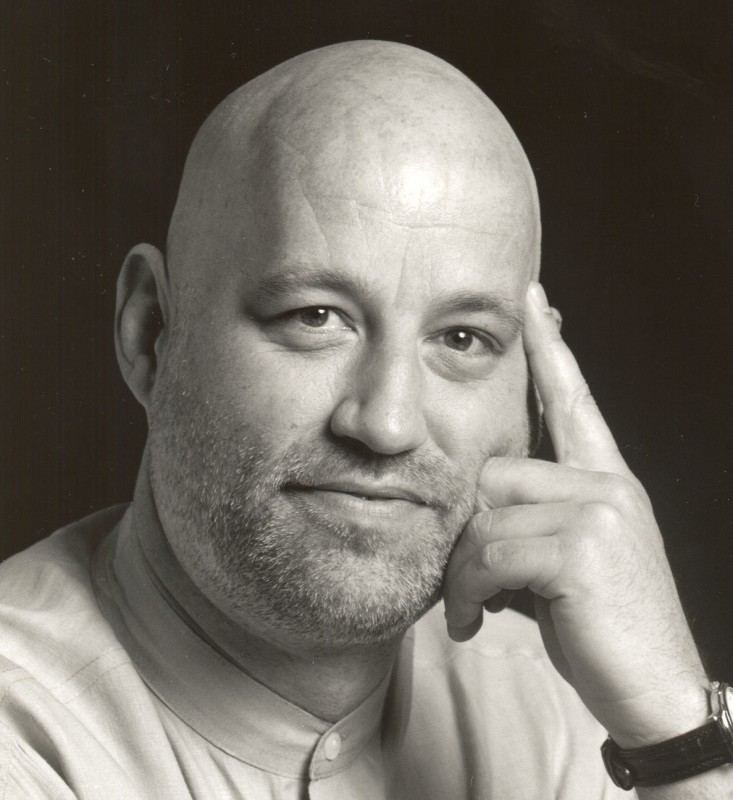 From Laraaji: Musician, Composer, Visionary, an interview by Kathryn Williams.

An obvious first question is, What does the inside of your head look like?!

HaHaHa!! Yeah, that's a good question! Wonder and awe, awesome and wonder, with that there is this, which we are calling creation, existence, consciousness, movement, energy, awareness. There's a constant ‘Ah’ in this thing we call life. Call it desire or compellingness to celebrate through sound, through dance, through movement, through music, through spoken word, through celebration, through service. This constant oozingness to celebrate this beautiful awesome thing, and it peaked for me in the 1970s when I heard the most beautiful music, that I am hearing it. Hearing music that opened my consciousness to a very more cosmic or transcendental form of the Word.

From Wilburn Burchette Speaks, adapted from an interview by Matthew Simonson .

You’re a witch if you know it or not. You are also a mathematician if you want to learn it. You have the power to learn that; you can’t teach it to a bunny rabbit. I’m saying there’s not a real witch like is spoken out in all the religions, there are witches, but not like the public or science fiction or horror shows show. On the other hand, everybody is a witch to some extent because you have fuzzy logic. You don’t have to know everything to make an assumption. There’s weird things happening and people avoid weird accidents all the time. They have a hunch and hunches are great. That’s being a witch, doing things that would be considered magical because there’s no explanation of it yet.

The occult is presented in allegory form and that’s why the occult is so misunderstood—they won't look at it as you would look at an allegory. It’s unknown so we have to explain it this way. If you take it literally it doesn’t work. 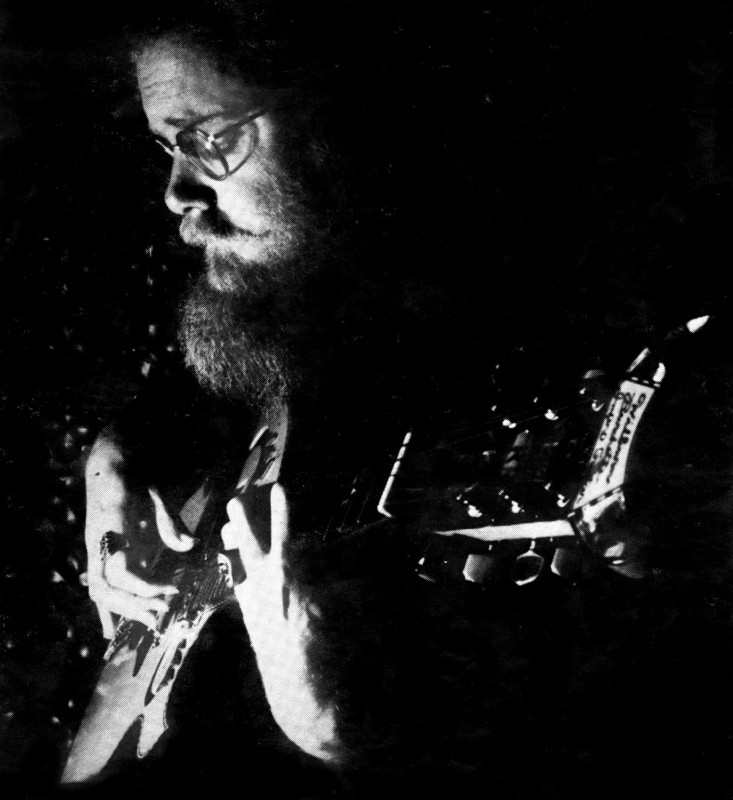 We printed just 1000 of this issue, and we don't expect they'll last long. Grab a copy here.